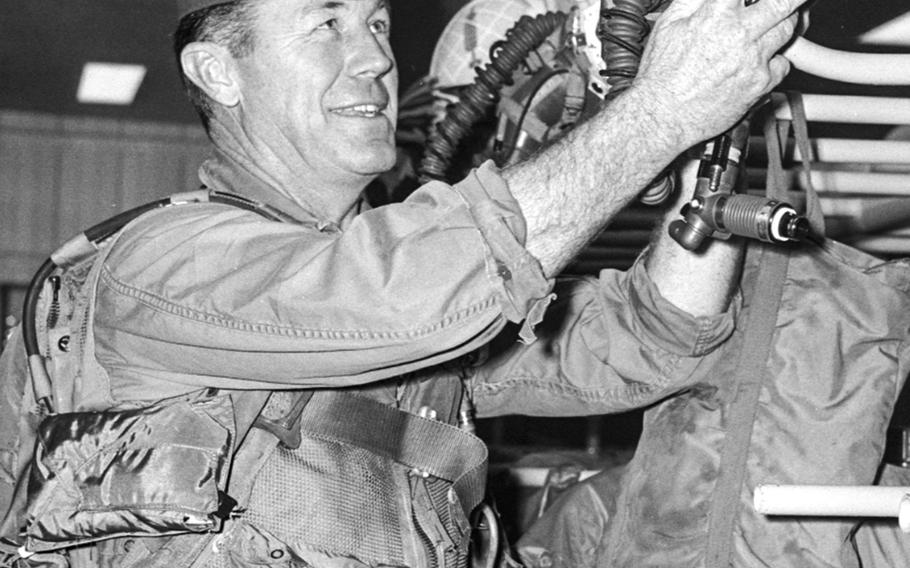 Andrew Headland Jr. ©Stars and StripesClark Air Base. Philippines, November, 1966: The commander of the 405th Fighter Wing gathers his gear as he prepares to take to the skies in an F-100, but it's no big deal -- he's already flown 138 different types of aircraft. He's Col. Chuck Yeager, World War II ace fighter pilot (with 11.5 victories) and later, as a test pilot, the first man to break the sound barrier.