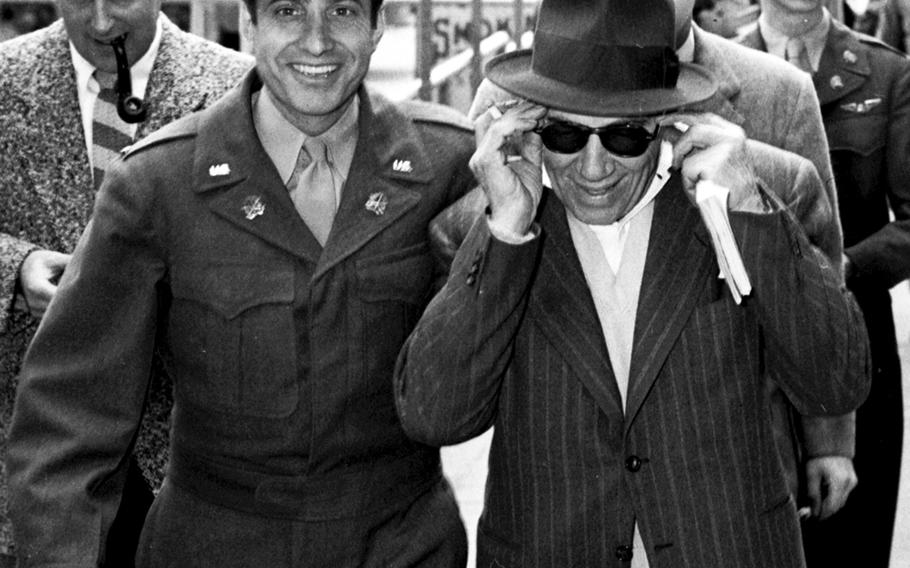 Alfred Morrissey ©Stars and StripesFrankfurt, West Germany, May 17, 1949: Although the traveler arriving at the Rhein-Main airport might fit the movie stereotype of a mob boss returning from exile, he's actually Chico Marx, best known for his escapades with brothers Groucho, Harpo and Zeppo. The piano-playing comedian was starting a five-day tour in which he and a group of English entertainers performed at military bases in West Germany and Berlin. As one would expect from one of the Marx Brothers, he wrote in the Rhein-Main VIP register that his rank was "vertical," that he came from "any place where there's a dame" and that his destination was "hell."