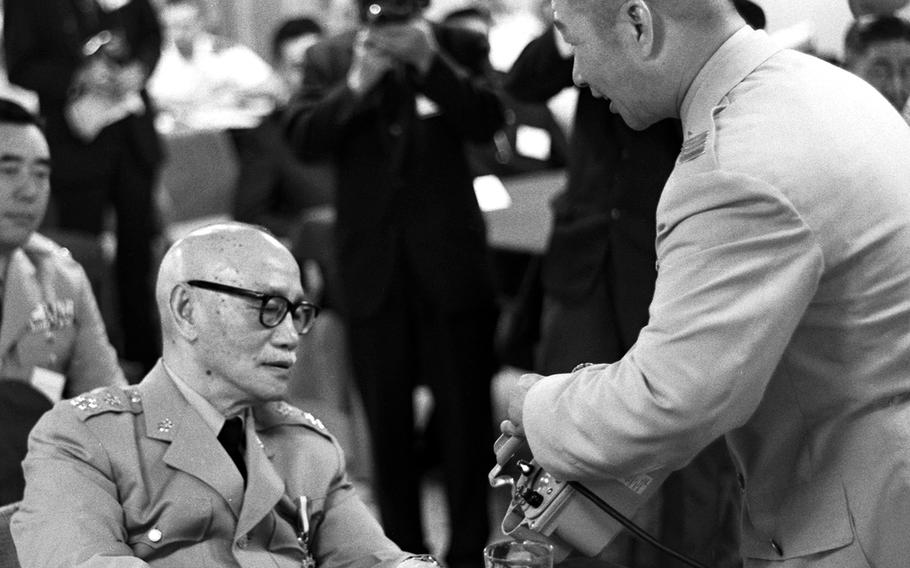 Andrew Headland, Jr. ©Stars and StripesPacific Ocean, March, 1966: During a visit to the aircraft carrier USS Enterprise off the coast of Taiwan, Generalissimo Chiang Kai-shek listens to an explanation of how a Geiger counter works. The Nationalist Chinese president was on a four-hour visit to the nuclear-powered carrier, during which he watched a series of fly-bys and weapons demonstrations.

RELATED MATERIAL: Stars and Stripes' story about Chiang Kai-shek's 1966 visit to the Enterprise.