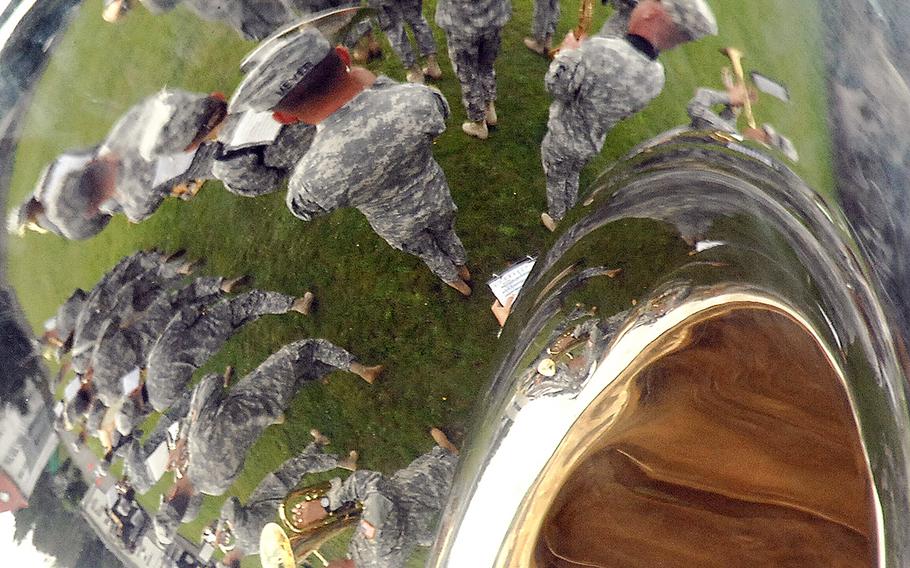 Michael Abrams ©Stars and StripesKaiserslautern, Germany, August, 2011: Members of the United States Army Europe Band are reflected in a tuba as they march at the beginning of the the 21st Theater Sustainment Command's change of command ceremony at Daenner Kaserne. Brig. Gen. Aundre Piggee took over the reins of the 21st TSC from Maj. Gen. Patricia McQuistion, who was to be the commanding general of the U.S. Army Sustainment Command in Rock Island, Ill.