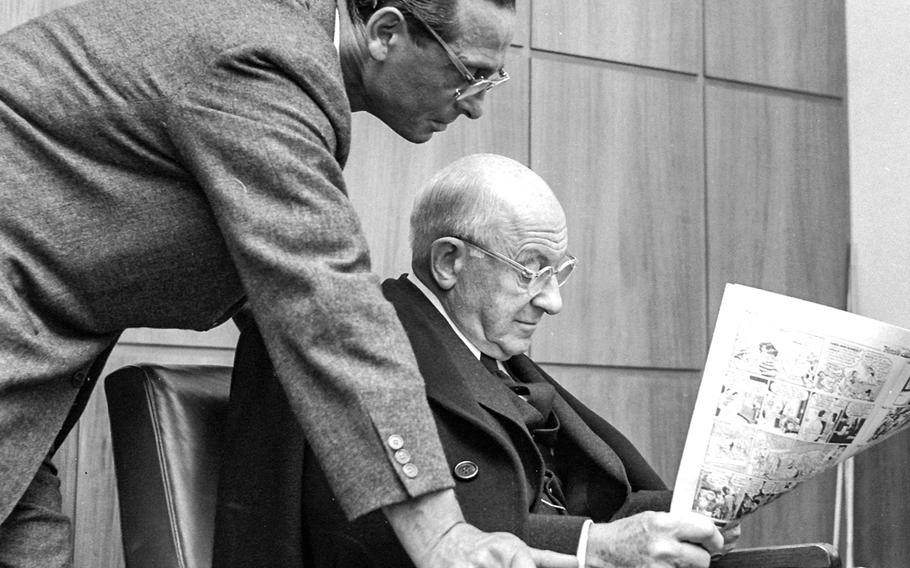 Gene Bane ©Stars and StripesFrankfurt, West Germany, October 22, 1957: Famed movie producer Cecil B. DeMille ("The Ten Commandments," "The Greatest Show on Earth") reads a newspaper at Frankfurt Airport while waiting for his flight to Berlin. Looking over his shoulder is his personal physician, Dr. Max Jacobson, who would become known in the tabloids as "Dr. Feelgood" when he lost his license to practice medicine in 1975 amid allegations that he illegally gave amphetamines to numerous celebrity clients. DeMille's European tour also included stops in Paris, Rome, Stockholm and London, and meetings with Pope Pius XII and West German Chancellor Konrad Adenauer