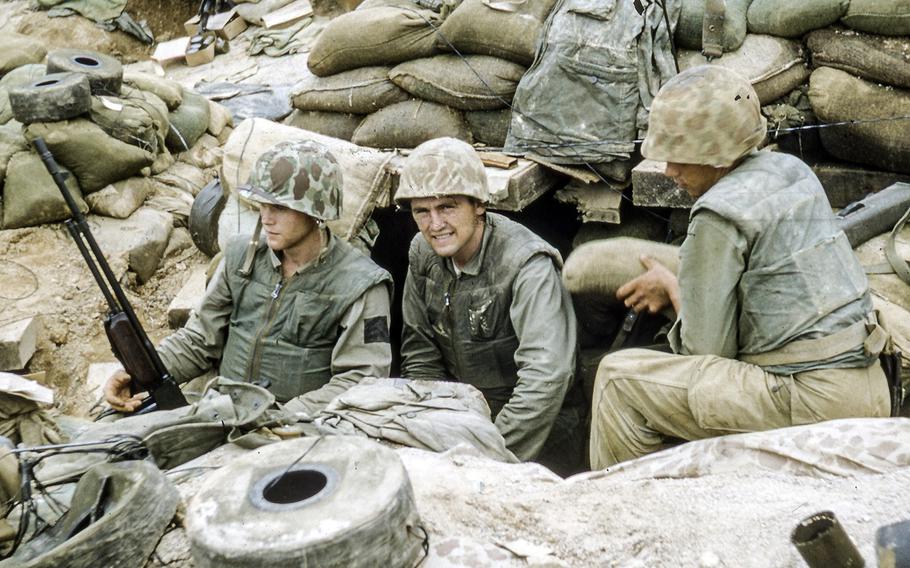 Frank Praytor ©Stars and StripesKorea, September, 1952: U.S. Marines dig in at "Bunker Hill" midway through a two-month battle in the area between U.N. forces and the Chinese Communists. The Korean War, which saw fierce fighting into mid-1953 but was never formally ended, began 70 years ago, on June 25, 1950.