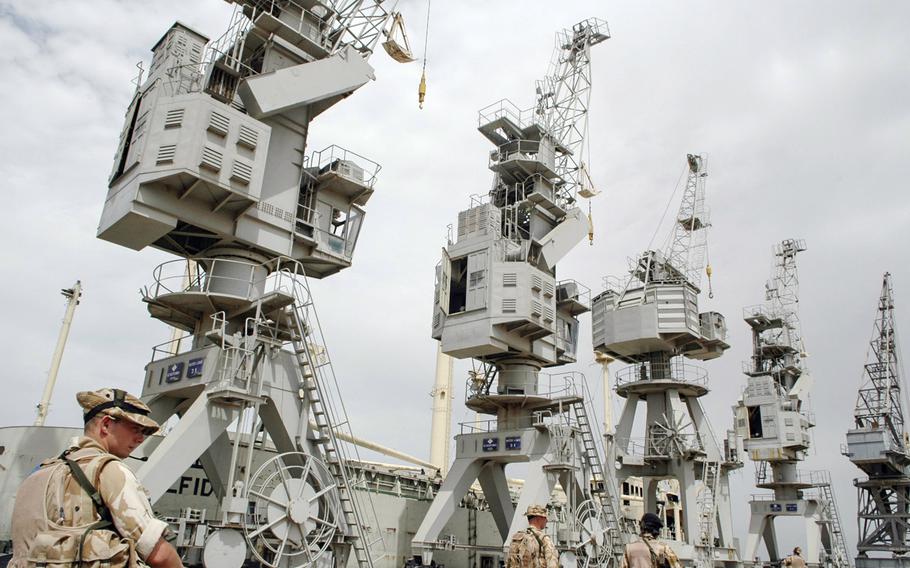 Monte Morin © Stars and StripesBasra, Iraq, May, 2006: British army soldiers patrol a defunct port area in Basra. Great Britain had about 8,000 military personnel in Iraq at the time, and a Stars and Stripes story noted that the ones serving in the Basra area experienced "manifestations of a very different conflict than the one being fought by American troops to the north." According to Brig. John Everard, commander of the Paderborn, Germany-based 20 Armoured Brigade, “this is not an insurgency. No one down here wants to undermine the government. What they want is their slice of the pie.”

RELATED MATERIAL: Stars and Stripes' 2006 story about the British troops in Basra.