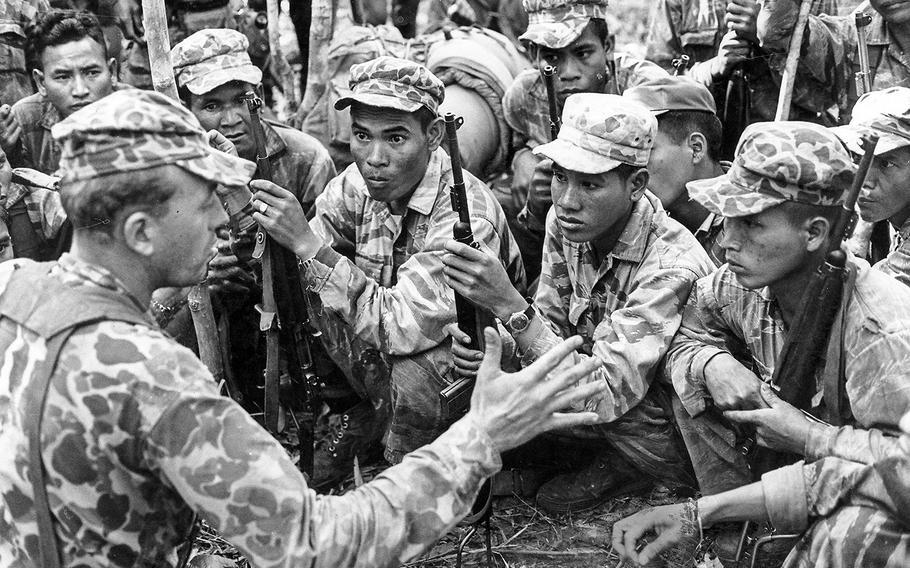 Steve Stibbens ©Stars and StripesSouth Vietnam, January, 1964: Staff Sgt. Howard Stevens, left, an American Special Forces adviser, gives a last-minute briefing to Montagnard strike force leaders before a patrol in the Central Highlands. Stevens reminded them of lessons learned on previous patrols, and that a 100-man Viet Cong guerrilla force, armed with mortar and machine guns, was nearby. The photo was taken by Steve Stibbens, the first Stars and Stripes reporter assigned to cover the war in Vietnam, who died Sept. 19, 2020 at age 84.

More of Steve Stibbens' Stars and Stripes stories: Dawn-to-dusk days for JFK's top advisers Viet families plucked from hands of Reds A tale of war: There are tears, dirt, blood, irony and no favorites Long ride home for a wounded Vietnam fighter