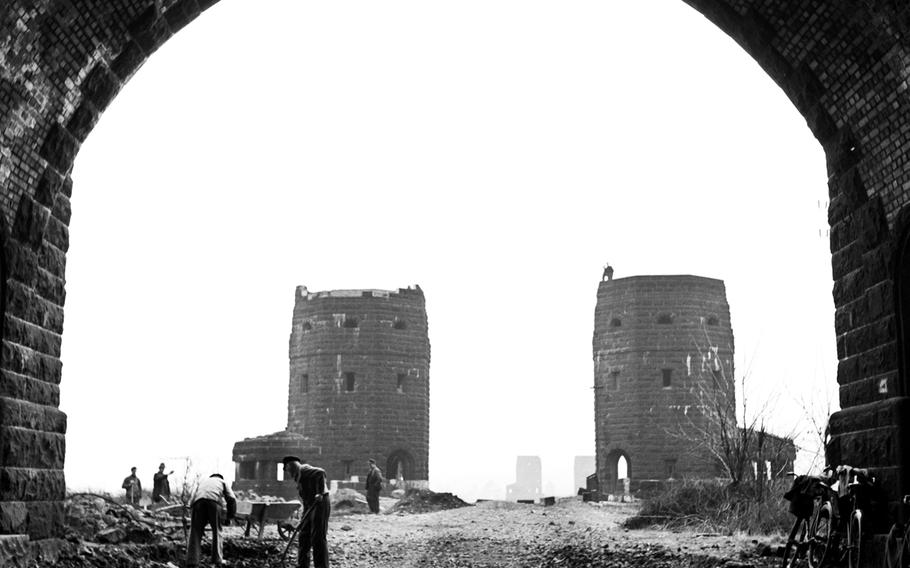 Gerald Waller ©Stars and StripesRemagen, Germany, February, 1951: Workers clean up the opening of the railroad tunnel on the east side of what was once the Ludendorff Bridge, the Rhine River crossing whose capture on March 7, 1945, helped U.S. troops gain a foothold in Germany. The bridge held for 10 days after its capture, despite heavy shelling by the Germans, but on March 17 it collapsed, killing 28 engineers. A Stars and Stripes reporter returning in 1951 for the first time since the battle described Remagen as "the same sleepy town it was before the war."

RELATED MATERIAL: Stars and Stripes' 1951 story about Remagen, six years after the battle.