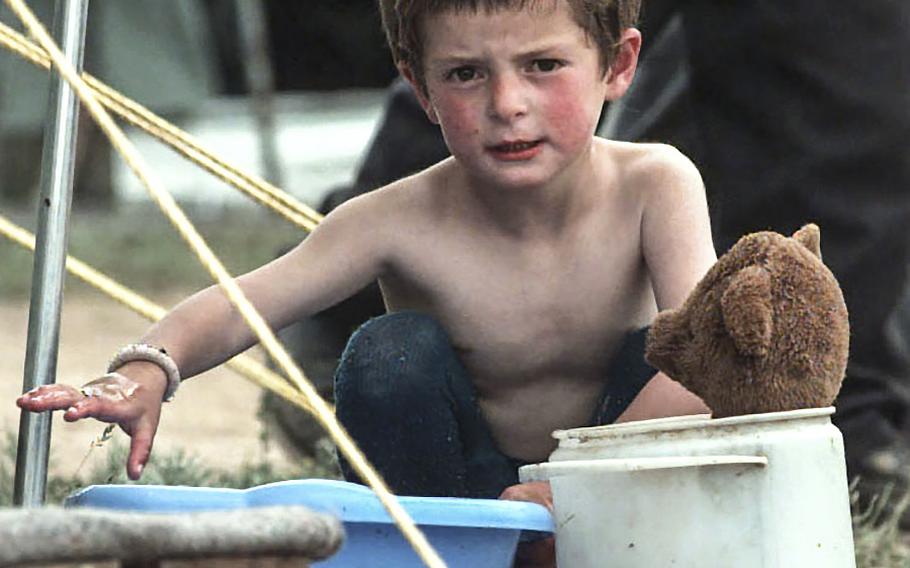 Ron Alvey ©Stars and StripesMacedonia, May, 1999: A boy at the Brazda refugee camp gives his teddy bear a bath outside the family tent. A Washington Post story noted that at the camp, which was populated by tens of thousands of people from Kosovo, "(m)athematicians, doctors, engineers, shopkeepers, salesmen, lawyers, students and housewives wake up each day to an existence that provides no opportunity for expression, creativity or individuality. Every day has the same low point – collecting a ration of sardines or canned tuna, and the same high point, waiting for a list to be posted around 6 p.m. saying who can leave for a third country."