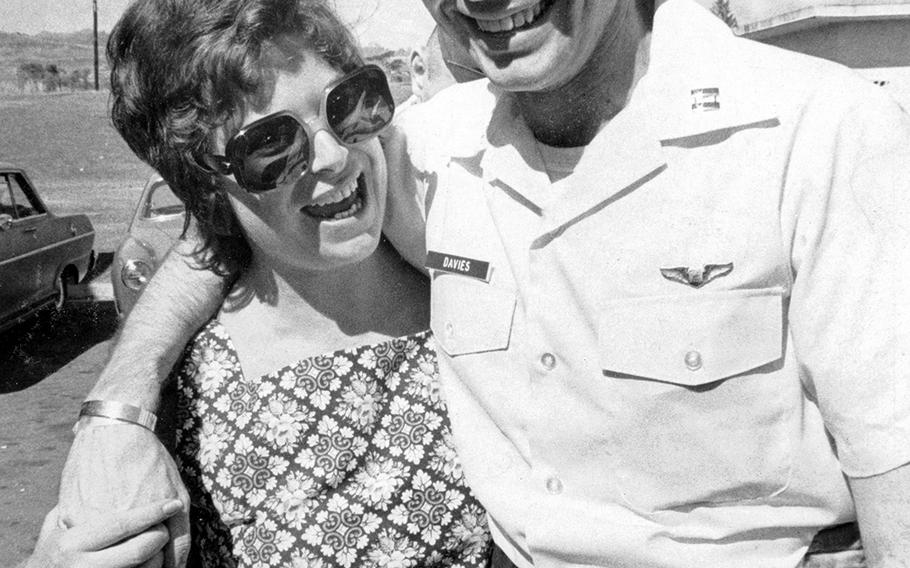 ©Stars and StripesClark Air Base, Philippines, February, 1973: Air Force Capt. John O. Davies and Clark Air Base schoolteacher Nancy Graham are all smiles after Davies identified himself as the man whose name was engraved on her POW bracelet. Davies had recently been released after spending nearly six years in captivity in North Vietnam.

RELATED MATERIAL: Stars and Stripes' 1973 story about John O. Davies and other former POWs at Clark Air Base.