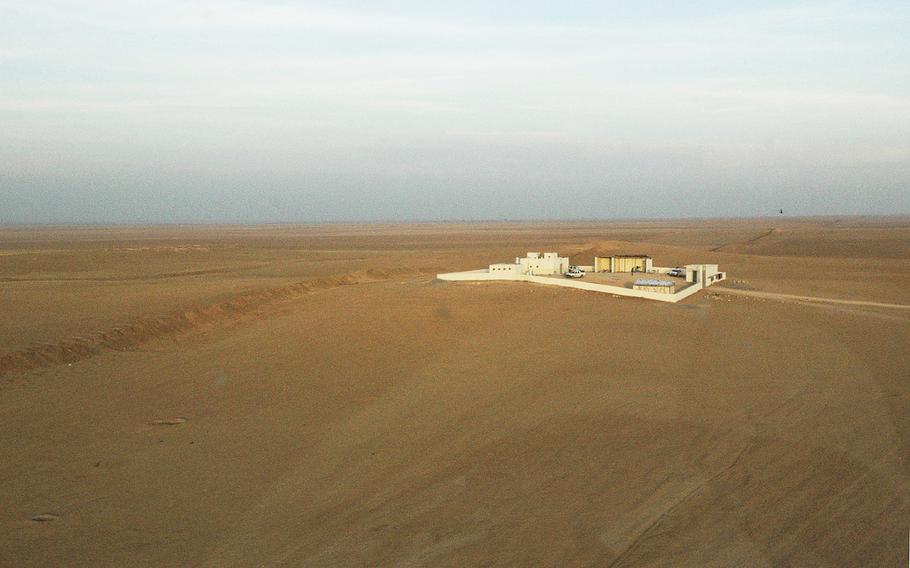 Monte Morin ©Stars and StripesSinjar, Iraq, December, 2005: A small fort on the border between Iraq and Syria serves as a link in the effort to stop smugglers (or "traders," as they would rather be called) whose traditional livelihood trafficking in cigarettes, sheep and gasoline has become complicated by the movement of insurgents and arms through the volatile area. As the U.S. military and Iraqi security forces employed helicopters, night-vision cameras and roving ground patrols to plug gaps in the once-porous border that now featured a 100-yard-wide no man's land, men of the J’heash tribe were feeling the pinch. “Those helicopters have cut off our income,” one man complained. But commanders suspected that the regular “everyday” goods smugglers packed across the border may in some way have been used to finance the insurgency.

RELATED MATERIAL: Stars and Stripes' 2005 story about the border.