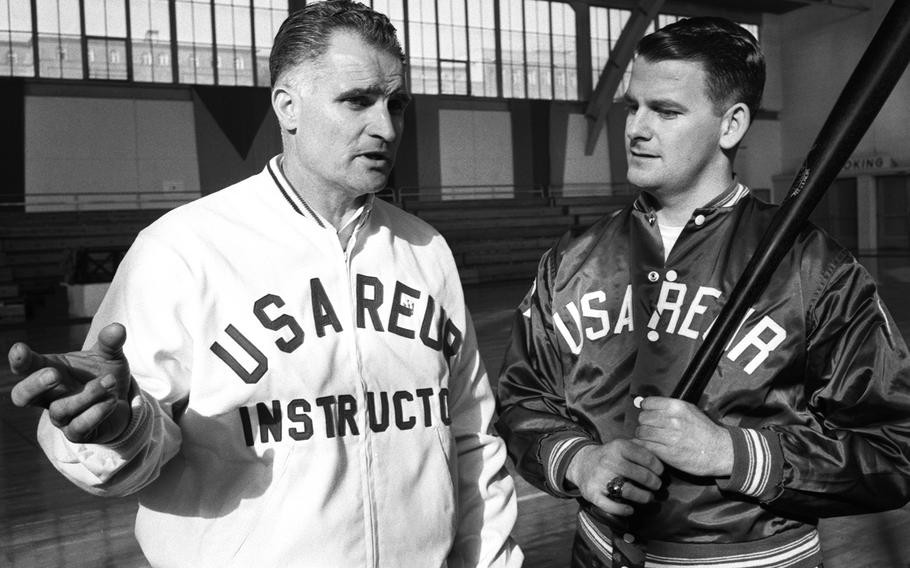 Joe Schuppe ©Stars and StripesNuremberg, West Germany, February, 1964: Former Boston Red Sox second baseman (and future Hall of Famer) Bobby Doerr, left, offers pointers to a participant in the annual U.S. Army Europe baseball clinic at William O. Darby Casern. During an interview, Doerr and another clinic participant, Eddie Joost, reminisced about the pressure-filled early days of their careers. "Gol dung it," Doerr said, "I can remember lying awake at nights wondering whether I'd stick, and if I was in a slump, I'd really toss and turn ... Eddie, do you ever think back and wonder what we would've done if we hadn't made it (in baseball)? It makes me shudder." Doerr, a World War II U.S. Army veteran who had been given the middle name Pershing in honor of Gen. "Black Jack" Pershing, died Nov. 13, 2017 at age 99.