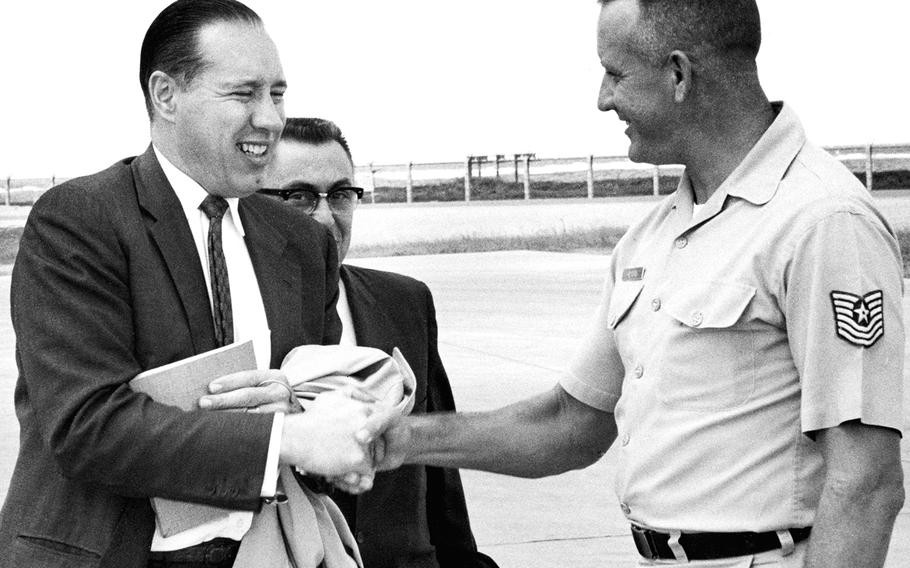 ©Stars and StripesNaha, Okinawa, October, 1964: Baseball Hall of Famer Bob Feller, left, is greeted by Master Sgt. James Peters of the Naha commissary during a tour of military clubs and commissaries in the Far East on behalf of of a stateside manufacturing company. Feller won 266 games in his major-league career, which was interrupted by four years of service in World War II. He served as a gun captain on the USS Alabama.