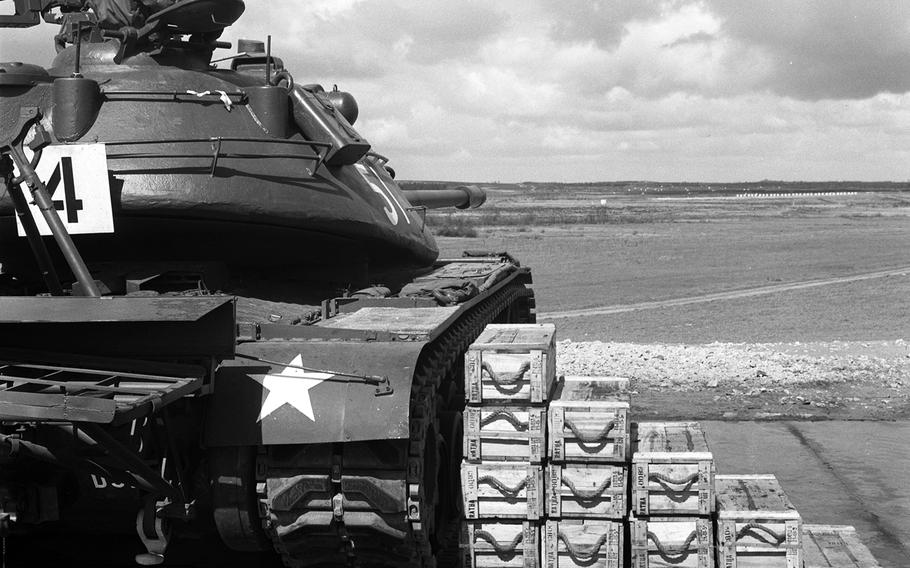 Red Grandy ©Stars and StripesBergen-Hohne, Germany, April 26, 1960: A tank crew's makeshift staircase makes access to the turret much easier during a gunnery exercise at the Bergen-Hohne range. Nearly 5,000 7th Army gunners took aim at targets during the nine-week "big shoot," which was hosted by V Corps' 4th Armor Group.