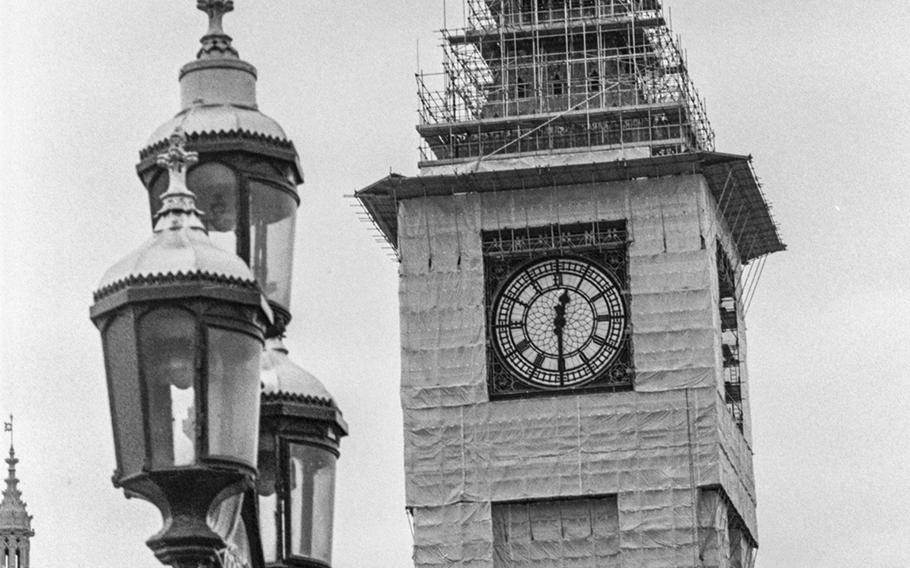 Gus Schuettler ©Stars and StripesLondon, August, 1983: The famed clock tower and London landmark commonly known as Big Ben is wrapped in scaffolding during a project to remove stains caused by air pollution and replace stones that decayed over the years. The structure now known as Elizabeth Tower, in honor of the current monarch, is part of the Houses of Parliament; Big Ben is actually the 13-ton bell within its confines. In 2017, the famous bell was silenced for another major renovation that's due to be completed in 2021.