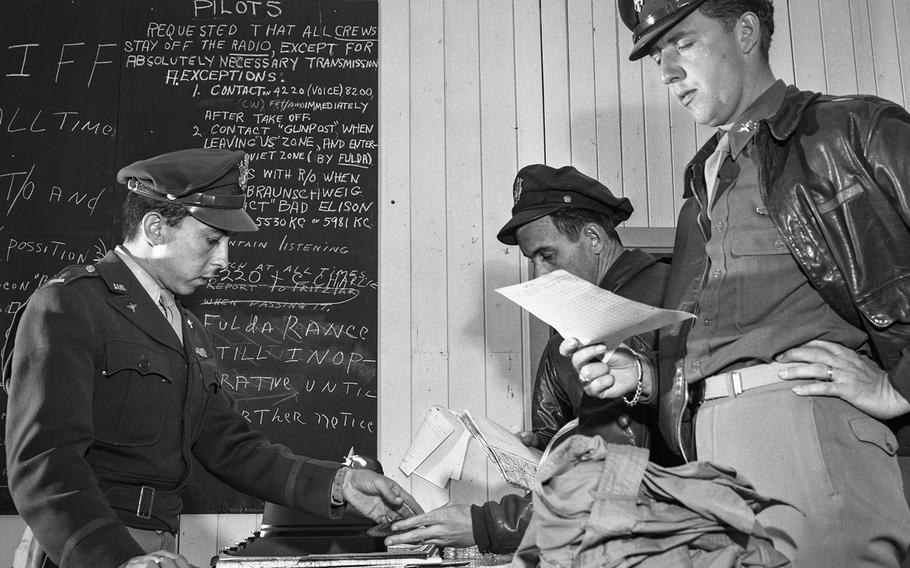 Henry Compton ©Stars and StripesFrankfurt, Germany, July, 1948: Berlin Airlift pilots receive their final orders before flying another load of coal out of Rhein-Main Air Base, one of the two hubs (along with Wiesbaden) of the effort to supply the divided city in the face of a Soviet blockade of ground transportation. On the blackboard in the background are strict instructions limiting pilots' radio transmissions, a necessity with planes taking off for Berlin every three minutes. The airlift, which started in late June, 1948, and lasted through September, 1949, featured 278,228 flights that brought in over 2.3 million tons of food and supplies and 1.5 million tons of coal.