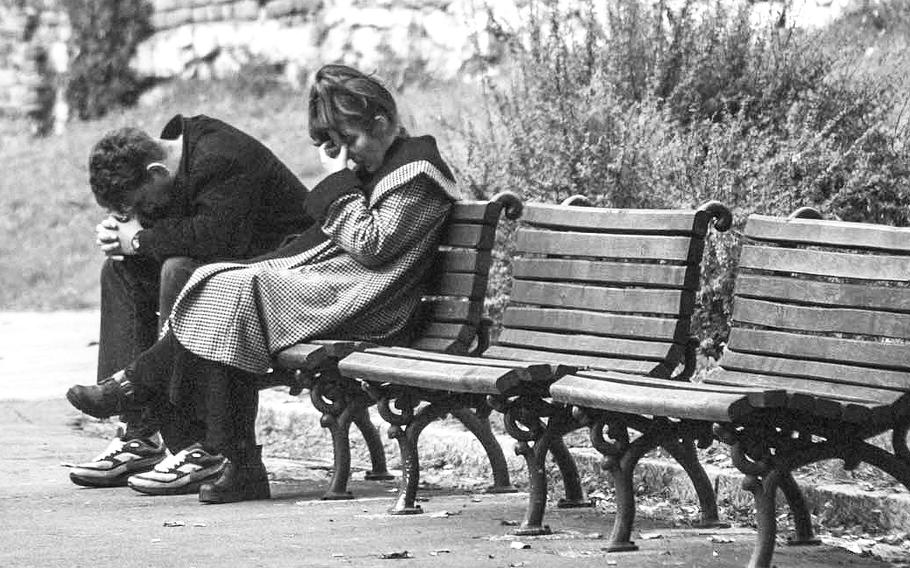 Ken George ©Stars and StripesBelgrade, Yugoslavia, September, 1996: The strain of living amid the conflict in the Balkans shows on a Serbian couple sitting on a Belgrade park bench. Although sanctions against Serbia had been lifted two months earlier, most households in Belgrade were still struggling.