Battle of the Bulge anniversary, 2004 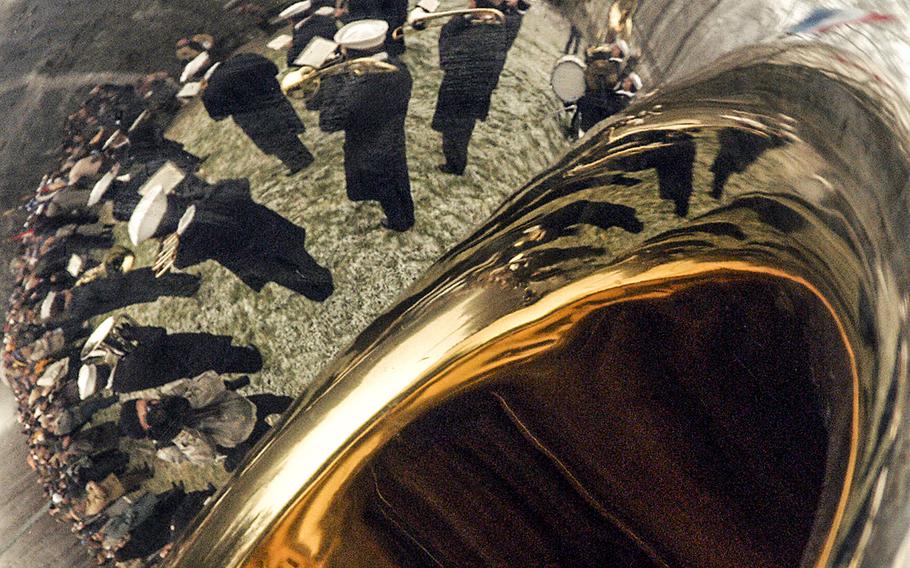 Michael Abrams ©Stars and StripesWiltz, Luxembourg, December, 2004: The 6th Fleet Band and the Schumann's Corner memorial site are reflected in one of the Naples, Italy-based band's tubas. Three busloads of American Battle of the Bulge veterans and their families were joined by Secretary of the Air Force James Roche, sons of the Grand Duke of Luxembourg and other guests for an hour-long ceremony marking the 60th anniversary of the beginning of the World War II battle.