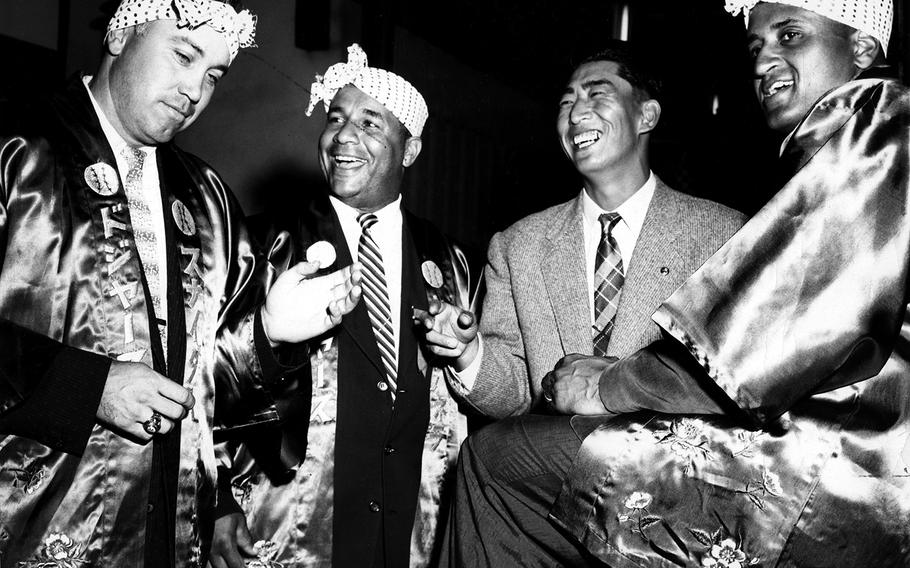 Lee Pearlman ©Stars and Stripes Tokyo, October, 1956: Taking part in some international baseball shop talk at Tokyo's Chinzanso restaurant are, left to right, outfielder Duke Snider and catcher Roy Campanella of the touring Brooklyn Dodgers, and a pair of 27-game winners from the just-completed season, Takehiko Bessho of Japan's Yomiuri Giants and Don Newcombe of the National League champion Dodgers. Newcombe won the first Cy Young Award in 1956, and was also the league MVP.