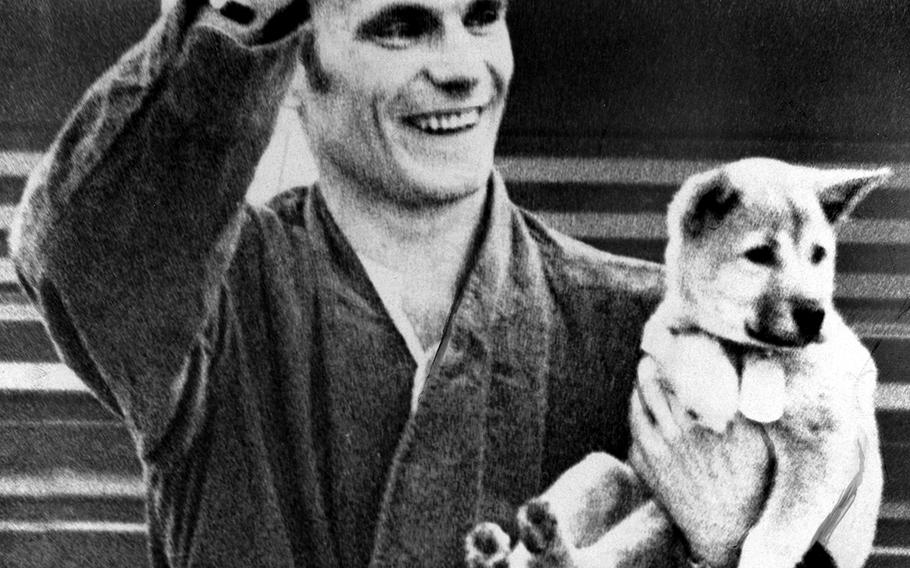 Paul Harrington ©Stars and StripesClark Air Base, Philippines, February, 1973: Recently-released POW Navy Lt. Cmdr. Edward Davis holds Ma Co, a puppy he adopted near the end of his 2,727 days of captivity in North Vietnam, as he waves to the crowd. "I just can't pass up a stray," Davis said a few days later at a news conference in Bethesda, Md. "I somewhat adopted the dog — she was free and needed our help ... When the time came to move us to another place, I said you'd better let me have that dog. It was entirely up to the North Vietnamese." Davis was given an award for "exceptional kindness to animals" by the Washington Animal Rescue League.