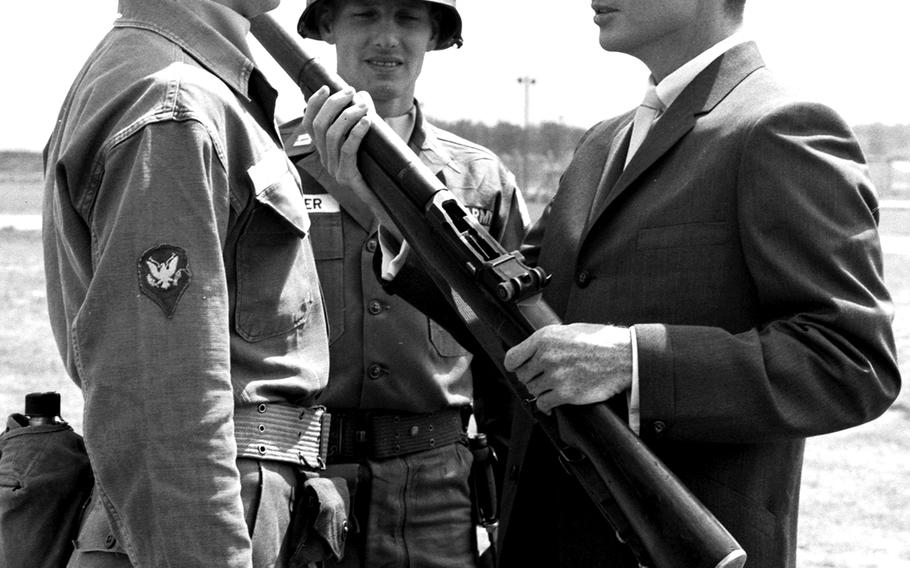 Dale Whitney ©Stars and StripesWuerzburg, Germany, June, 1960: If Sp4 Kenneth Coward, left, seemed a little nervous as he talked about his M1 rifle with a visitor to the Wuerzburg base, it was understandable. The visitor was America's most-decorated soldier of World War II, Audie Murphy, who was making a documentary film about missiles used by the Army. Murphy was in Germany for the first time since the war, when his exploits earned him the Medal of Honor, Distinguished Service Cross, two Silver Stars, three Purple Hearts and many other awards.