Astronauts at the Army-Navy game, 2005 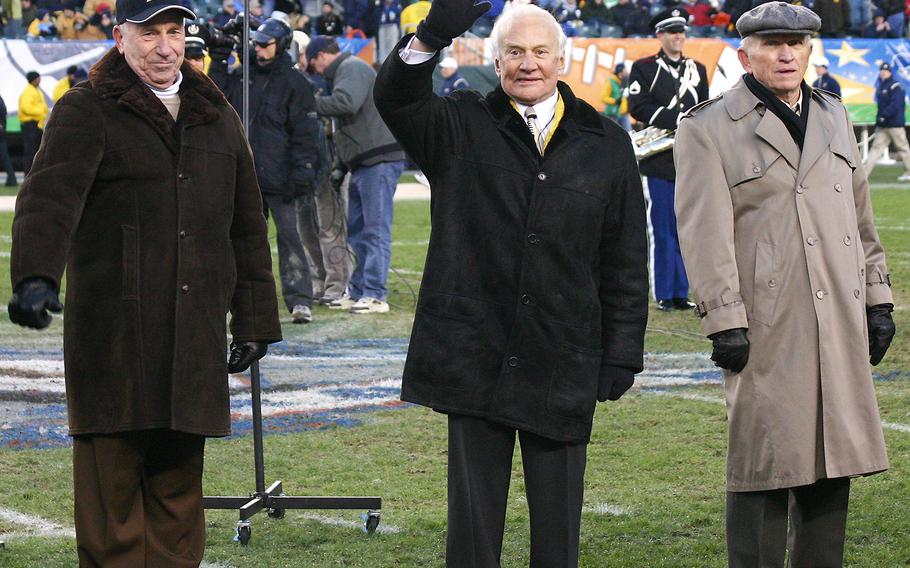 ©Stars and StripesPhiladelphia, December, 2005: Among the spectators at the annual Army-Navy football showdown are a trio of West Point graduates who made a mark in history far from the earth's surface. Al Worden, left, flew on Apollo 15; Buzz Aldrin, center, flew on Gemini 12 and was one of the first two men to land on the moon on Apollo 11; and Frank Borman took part in the Gemini 7 and Apollo 8 missions.