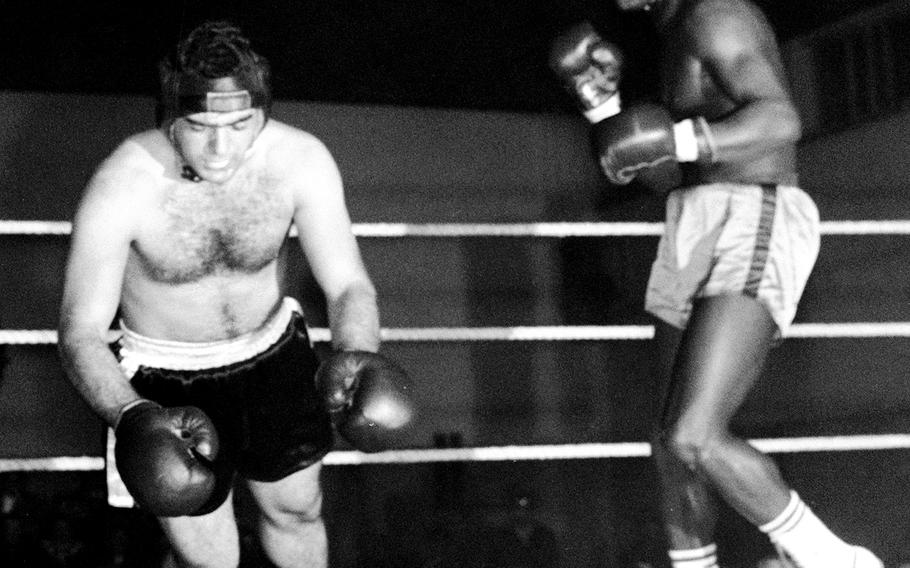 Red Grandy ©Stars and StripesKirch Goens, West Germany, December, 1959: Louis Malpeso of Kirch Goens-based Combat Command A pitches forward to the canvas, a victim of Willie Carter, from Combat Command B in Gelnhausen, during the heavyweight title bout at the 3rd Armored Division boxing championships. The knockout came in the second round.