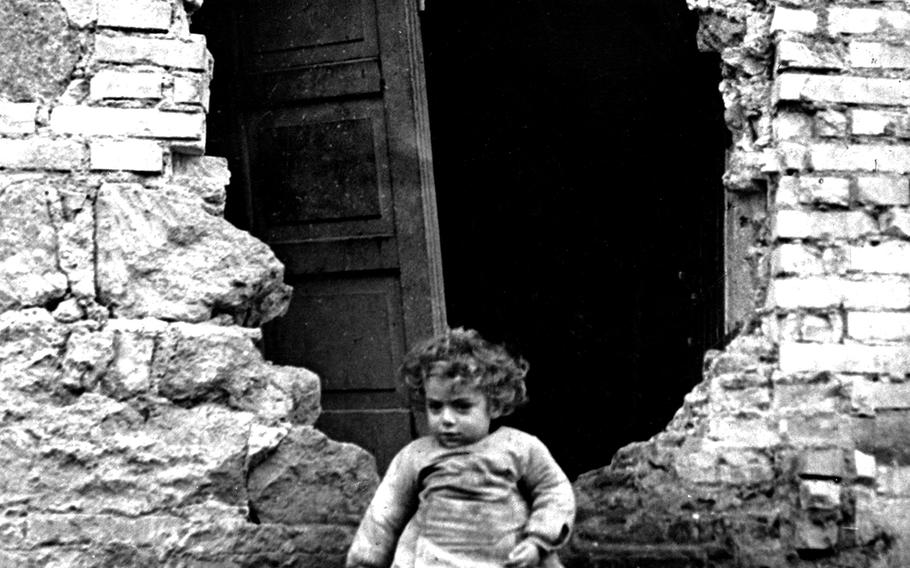 ©Stars and StripesAprilia, Italy, January, 1945: Two-year-old Ignazio Virzi sits on the shell-splintered front stoop of the family home in Aprilia, a town known to Allied troops as "The Factory" because of its numerous brick buildings. Aprilia was the scene of fierce fighting a year earlier, as the German defenses regrouped after a relatively easy landing by 110,000 U.S. and British troops on January 22, 1944.

RELATED MATERIAL: A January 26, 1944 Stars and Stripes story about the landings in Italy.