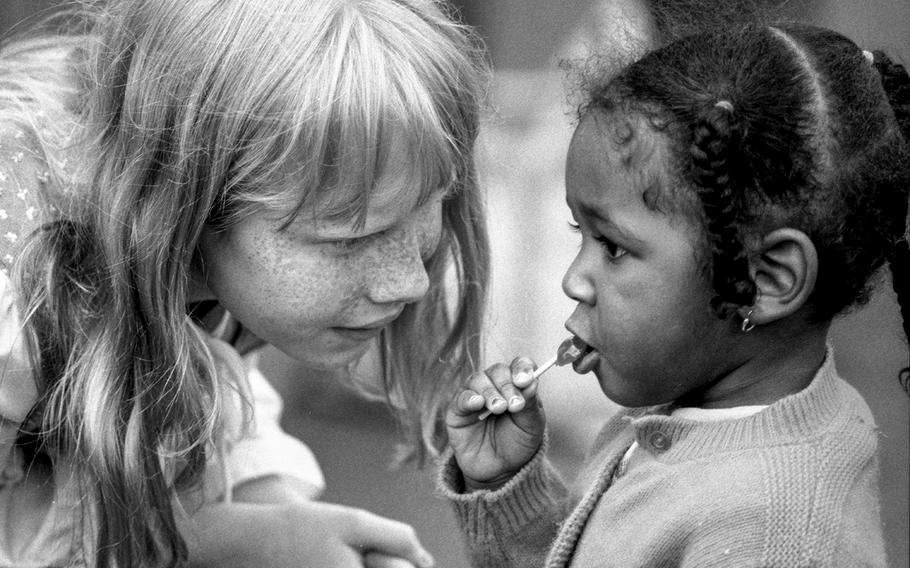 Jim Cole ©Stars and StripesWiesbaden, West Germany, July, 1978: President Jimmy Carter's daughter, Amy, talks with two-year-old Donya Richards, the daughter of a U.S. Army sergeant, at Wiesbaden Air Base. Amy's dad was beginning a four-day visit to Germany that was capped by an economic summit meeting of the leaders of the U.S., France, West Germany, Canada, Italy, Japan and the U.K.