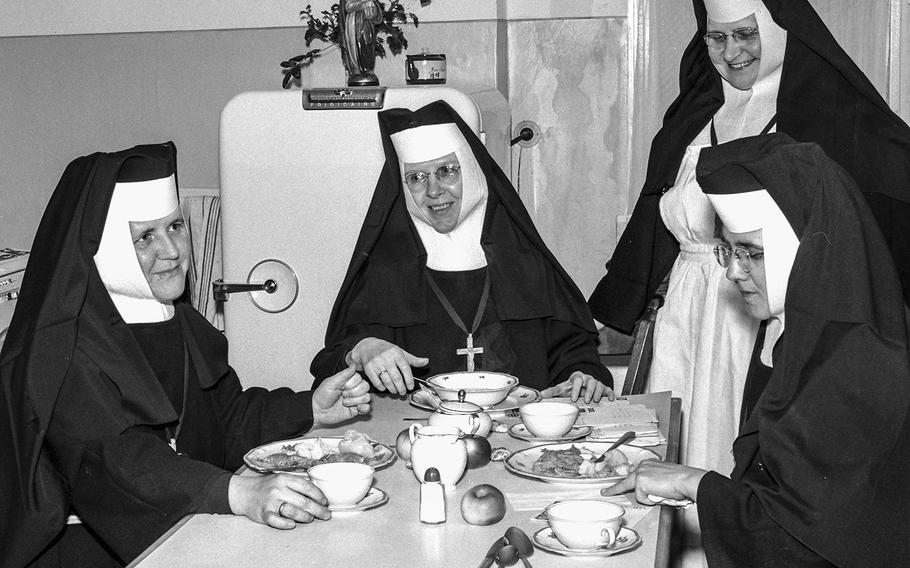 Merle Hunter ©Stars and StripesCarlsberg, West Germany, December, 1957: Four Felician sisters from Livonia, Mich., gather for dinner in the kitchen of the Marianum Children's Home in Carlsberg, which they established the year before in an abandoned farmhouse. In addition to caring for the dozens of young refugees from Eastern Europe and the Balkans, aided by local groups and soldiers from the 34th AAA Brigade in Mannheim, the nuns also taught catechism to American military children at Mannhein, Sembach and Heidelberg's Patrick Henry Village. The Felicians' Livonia convent has been hit hard during the 2020 coronavirus pandemic, with 13 deaths among the approximately 60 residents.