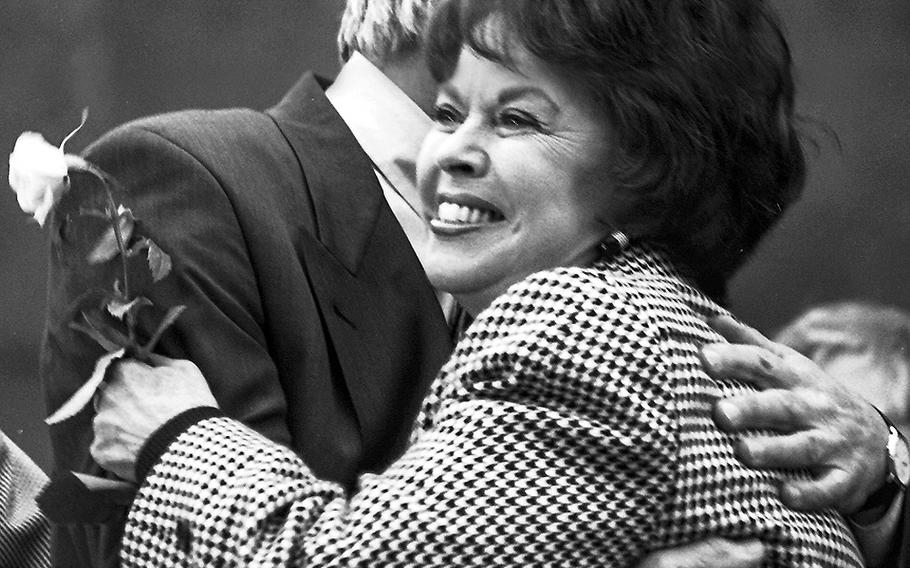 Ken George ©Stars and StripesPlzen, Czechoslovakia, May 8, 1992: U.S. Ambassador to Czechoslovakia Shirley Temple Black gets a big hug from a local official during a ceremony in which the citizens of Plzen remembered the liberation of the city from Nazi occupation in May, 1945. Black, once one of America's favorite child stars, was about to leave her post as ambassador after three years of service.