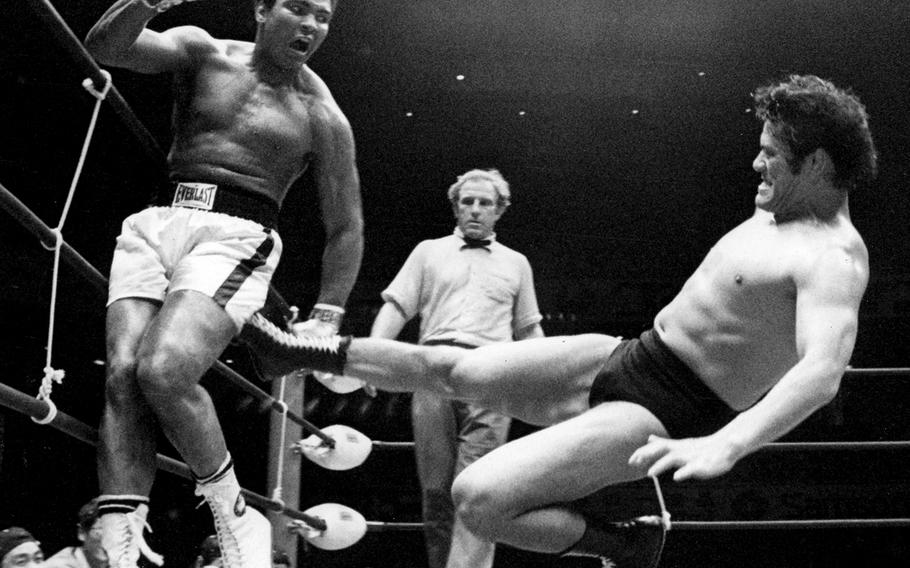 Tim Wehr ©Stars and StripesTokyo, June, 1976: Muhammad Ali tries to get out of the way of a swift kick by Antonio Inoki during an exhibition (billed as the "World Martial Arts Championship") between the heavyweight boxing champ and the Brazilian-Japanese pro wrestler at the Budokan Hall. The match, which consisted mostly of Inoki lying on the mat attempting to deliver kicks to the thigh, wasn't exactly a bright spot on Ali's record. One Stripes reporter called it a farce, while another said "the best thing that can be said about it was that it ended." Ali was paid about $6 million and Inoki $3 million; Angelo Dundee, Ali's trainer, said beforehand that he was "gonna grab the money and run like a thief in the night."