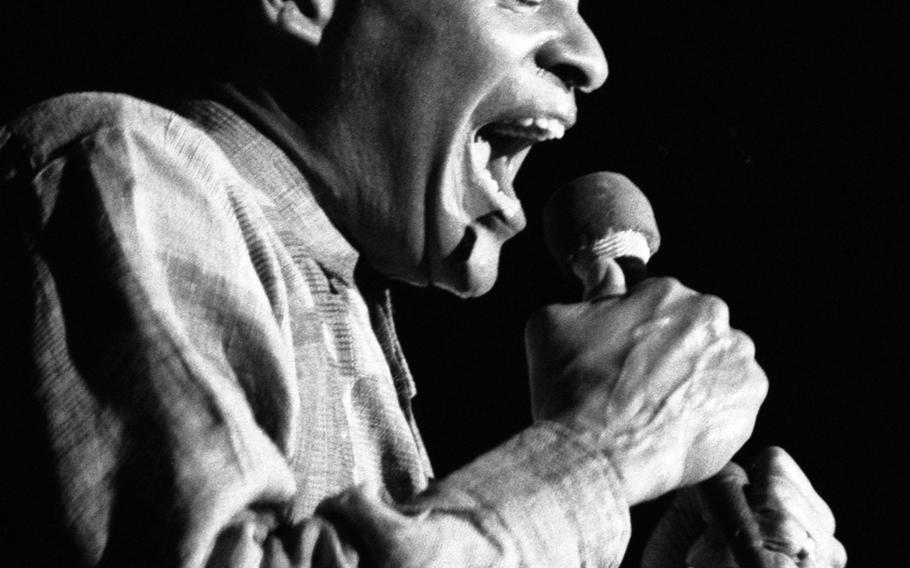 Anita Gosch ©Stars and StripesFrankfurt, Germany, September 24, 1986: Al Jarreau sings for a crowd of nearly 6,500 at Frankfurt's Eissporthalle. A review of the show noted that "Jarreau's uncanny ability to mimic a wide variety of musical instruments — an ability that has led music critics to call him 'the man with the orchestra in his throat' — has enthralled jazz enthusiasts for more than a decade." Seven-time Grammy Award winner Al Jarreau died February 12, 2017 at age 76.