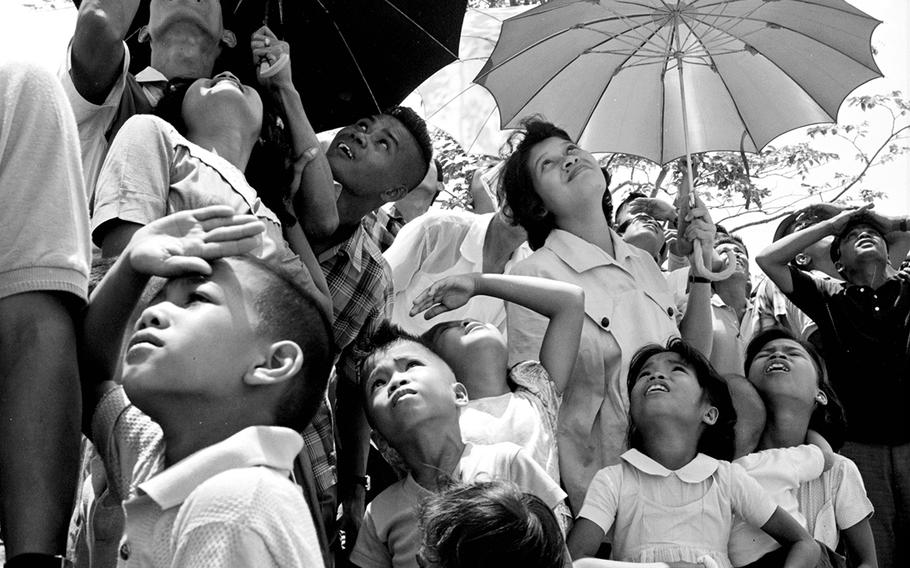 Andrew Headland Jr. ©Stars and StripesNichols Air Base, Philippines, May, 1963: Spectators scan the skies during an air show held in conjunction with the 10-nation "Flying Brothers" fighter weapons conference. Philippine President Diosdado Macapagal was among the dignitaries on hand for the event, which also celebrated the 28th anniversary of the nation's air force.