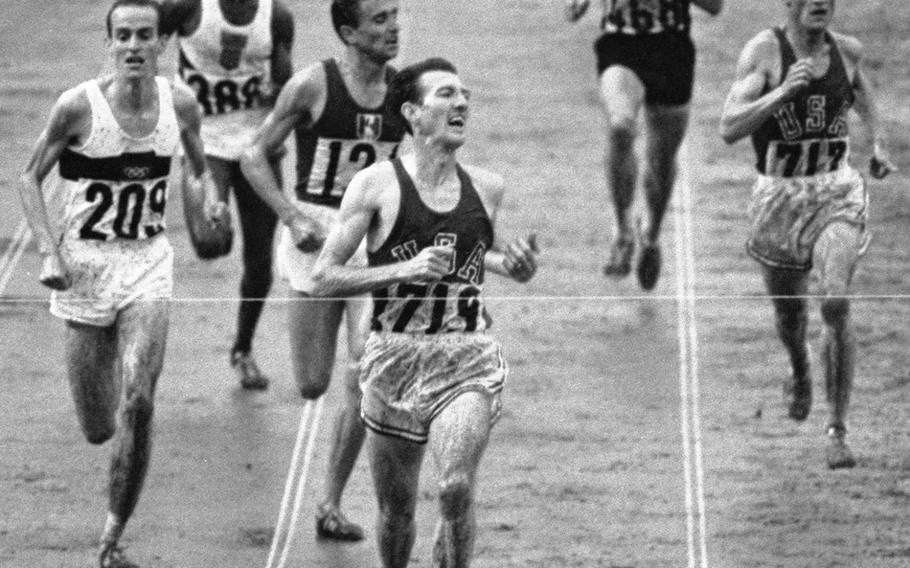 Fred G. Braitsch, Jr. ©Stars and StripesTokyo, October, 1964: Bob Schul of the United States (719) crosses the line with a victory in the 5000-meter race at the Olympic Games after sprinting past the leaders in the final 200 meters. Second place went to Harald Norpoth (left) of Germany, with American Bill Dellinger (right) edging France's Michel Jazy (124) — who a few seconds earlier seemed to be on his way to a win — for third. Behind them are fifth-place finisher Kip Keino of Kenya (388) and W.D. Bailie (468) of the Netherlands. The win by Air Force veteran Schul was the first for the U.S. at that distance in the Olympics.

RELATED MATERIAL:Stars and Stripes' story about Bob Schul and the 1964 Olympic 5000-meter race.