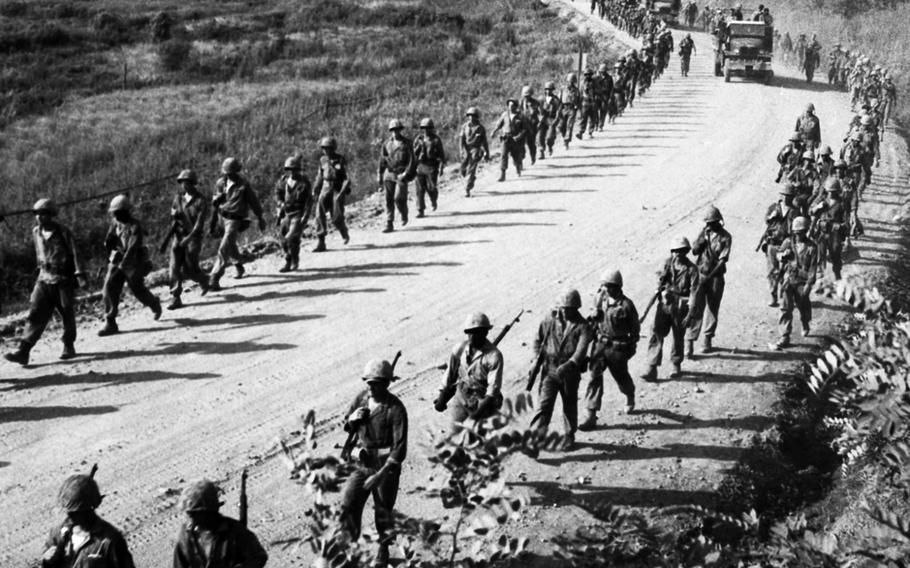 Frank Praytor ©Stars and StripesKorea, 1953: A long column of U.S. Marines stretches toward the horizon as they return from the Main Line of Resistance, homeward bound after the armistice halting the Korean conflict was signed on July 27. "This was my final photo of the war era," recalled Stars and Stripes photographer Frank Praytor, a Marine himself.