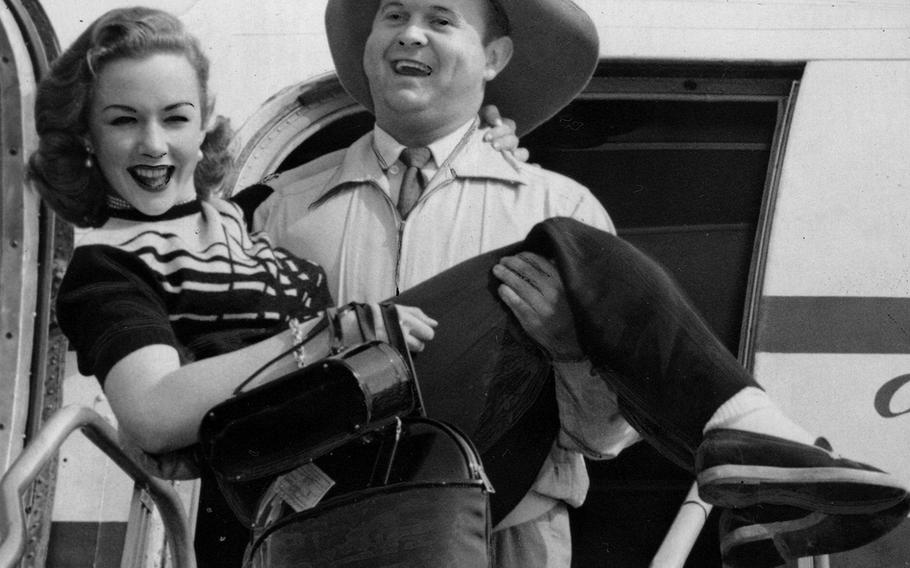 Carl Meyering ©Stars and StripesTokyo, April, 1953: Actress Piper Laurie is carried from a plane at Tokyo 's International airport by radio personality and USO troupe emcee Johnny Grant. After a brief stopover in Japan, the group was to continue on to Korea to perform for the troops.