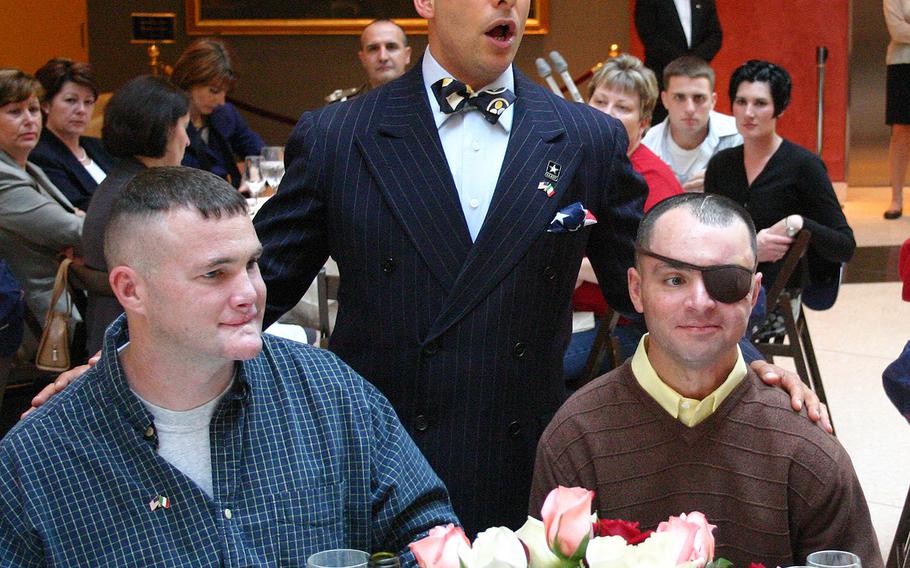 ©Stars and StripesWashington, D.C., May, 2006: Sgt. 1st Class Antonio Giuliano of the U.S. Army Band (Pershing's Own) sings for Cpl. Robert Bartlett of Arizona and Sgt. Paul Statzer of Butler, Pa., during a dinner for wounded U.S. servicemembers at the Italian embassy. Twenty-seven veterans from Walter Reed Army Medical Center and the National Naval Medical Center, and their families, were the guests of Ambassador Gianni Castellaneta. Giuliano retired from the Army in 2017 after 29 years, having performed over 3,000 times for audiences ranging from enlisted soldiers to world leaders.

RELATED MATERIAL: Stars and Stripes' 2006 story about the dinner.