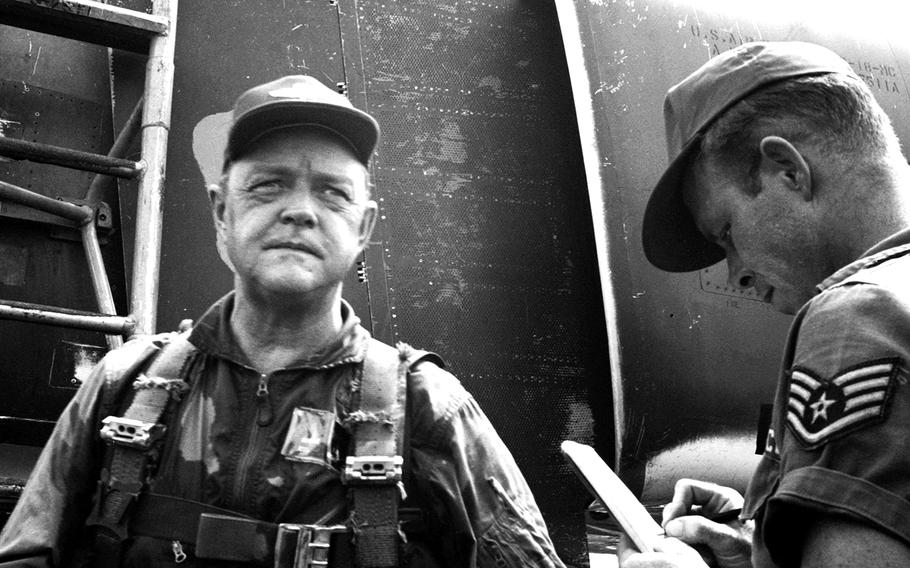 Wallace Beene ©Stars and StripesCam Ranh Bay, Vietnam, September, 1966: Col. Levi Chase, commander of the 12th Tactical Fighter Wing, is interviewed after returning from his 500th fighter mission of a military career that spanned three wars — World War II, Korea and Vietnam — and 25 years. He flew 12 more missions before calling it quits, and retired as a major general in 1973.