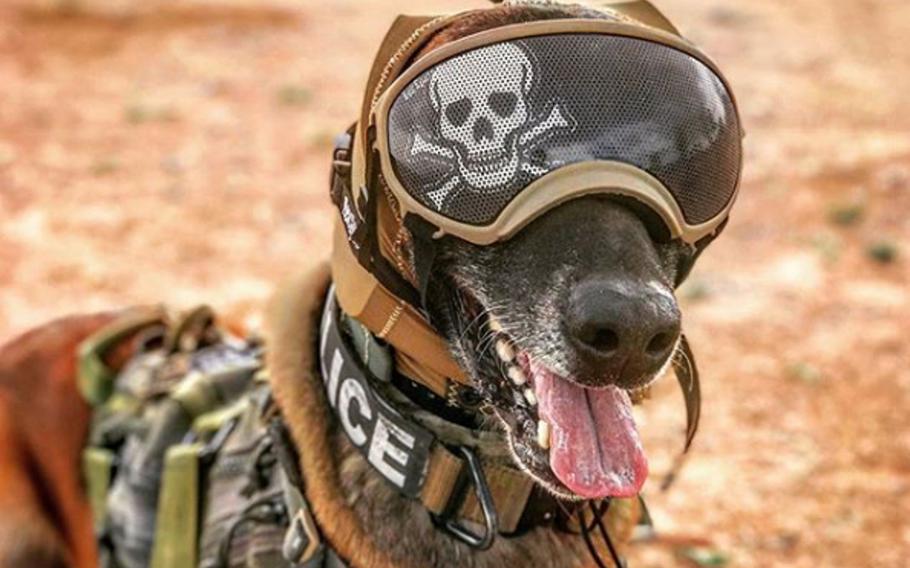 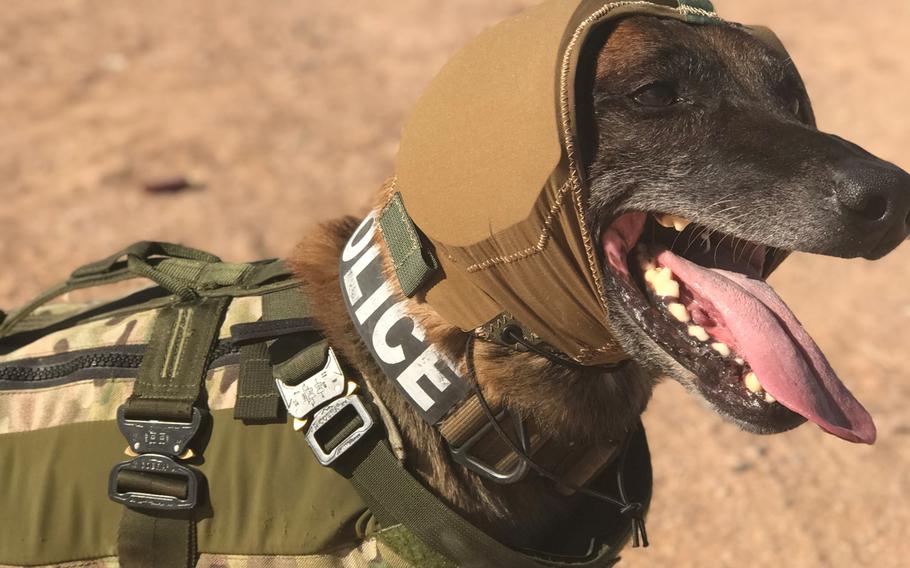 The Canine Auditory Protection System, known as CAPS, may prevent hearing loss in military working dogs. The system is being developed by the Army and biodefense and medical device company, Zeteo Tech. (U.S. Army)

A high-tech “hoodie” is being developed to protect the hearing of military working dogs who, like their human counterparts, are often exposed to loud noises in their job, the Army said this week.

Tests during helicopter operations of the Canine Auditory Protection System, which the Army is developing with biodefense and medical device company Zeteo Tech, “found a significant reduction in short-term hearing loss” in military canines, the Army said.

“Even a short helicopter flight can affect a dog’s hearing, resulting in impaired performance and inability to hear the handler’s commands, which can hinder the mission,” said Army Research Office scientist Stephen Lee in a statement.

A little more than an inch thick, the system is made of lightweight acoustic absorption materials that block unwanted sounds. The flexible system fits snugly around a dog’s head – like a hoodie – and forms a seal around the ears.

The system is compatible with goggles and allows dogs to work in tight spaces, the Army said.

The new hearing protection is a break from current products, which are “rigid, cumbersome and hard to put on the dog, with limited effectiveness in testing for the protection of canine hearing,” the Army said.

It’s not clear when the new equipment will be made available to military dog handling units.

The incidence of hearing loss in military dogs is thought to be similar to that in human service members, for whom it ranks as the leading service-related disability within the Department of Veterans Affairs.

“Military working dogs are subjected to the same combat exposures as their military handlers … (and) are estimated to experience similar levels of noise-exposed hearing loss,” the Army wrote in a 2017 request for proposals seeking hearing solutions for canines.

Military dogs carry out a range of jobs, including sniffing out roadside bombs and tracking down enemy combatants.

Conan suffered injuries that were not life-threatening when he chased al-Baghdadi into a dead-end tunnel, where the militant leader blew himself up, along with two of his children.