Hearing: Homelessness among veterans is declining, but goal remains elusive 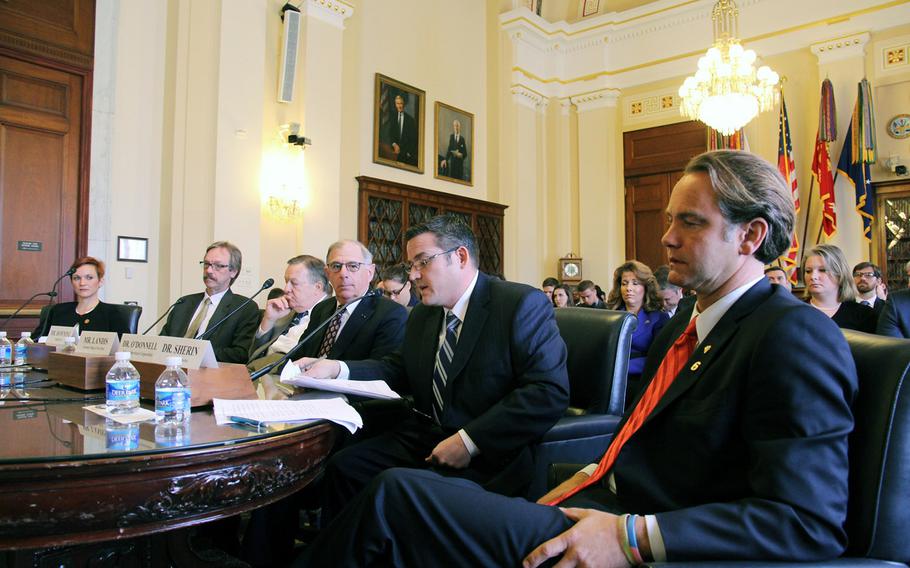 Veteran homelessness has been reduced 33 percent since 2009, but there is still a long way to go before the U.S. reaches “functional zero,” Congressmen and veteran service providers said Thursday in a hearing on Capitol Hill.

In November 2009, President Barack Obama and then-Veterans Affairs Secretary Eric Shinseki set the ambitious goal of ending homelessness among veterans “within five years.” Since then, the stated deadline has shifted from the beginning of 2015 to the end of 2015, even as the VA and groups across the country worked to quickly implement Shinseki’s comprehensive plan.

A VA inspector general report released last week shows the effort has not been flawless: The VA’s National Call Center for Homeless Veterans missed more than 40,000 opportunities to engage with veterans because of calls going to recordings during peak hours.

Rep. Jeff Miller, R-Fla., chairman of the House Committee on Veterans’ Affairs, said the findings would be unacceptable for any government program, but is particularly problematic for a population that faces significant challenges just to make a phone call.

The call center is not Miller’s only concern. He questioned the wisdom of having more than 20 programs “designed to get homeless veterans off the streets and provide them with housing, health care and employment assistance,” in addition to similar programs through the Department of Housing and Urban Development and the Department of Labor.

But Baylee Crone, executive director for the National Coalition for Homeless Veterans, said homeless veterans are not homogenous – they have individual needs.

Some of those needs are being served by multiple programs, Crone said, but that doesn’t mean the programs are being duplicated.

As the VA has worked to end veteran homelessness, the main focus has been getting veterans off the streets, the leaders of veteran service organizations said. But a significant number of homeless vets have severe mental health, substance abuse or other issues and for them, housing without treatment is dangerous, said Phil Landis, president and CEO of Veterans Village of San Diego.

Landis said the “housing first” model is “an admirable and reasonable idea for many veterans,” but that treatment programs and transitional housing must remain available for those who need it.

Several veterans who were placed in HUD-Veteran Affairs Supportive Housing too soon have relapsed and gone to prison, Landis said. And one 27-year-old veteran who was doing well in a long-term residential treatment program was forced out after he received a 100 percent disability rating from the VA, putting him above the income cap.

About 25 percent of veterans may never get to the point where they can live balanced, self-sustaining lives in permanent housing without ongoing care, the advocates said.

Ending veteran homelessness “is not a moment, it’s a moving target,” Crone said, and as the number of veterans on the streets declines, organizations must be even more diligent to continue the momentum, prevent future homelessness and ensure that needs are met.

Some advocates said homelessness will never be eradicated, but Casey O’Donnell said “functional zero” – enough housing and treatment programs for all veterans who need them – is possible. O’Donnell is with Impact Services Corp., a jobs, housing and economic development group in Philadelphia. He expects the city to make that goal by the beginning of 2016.