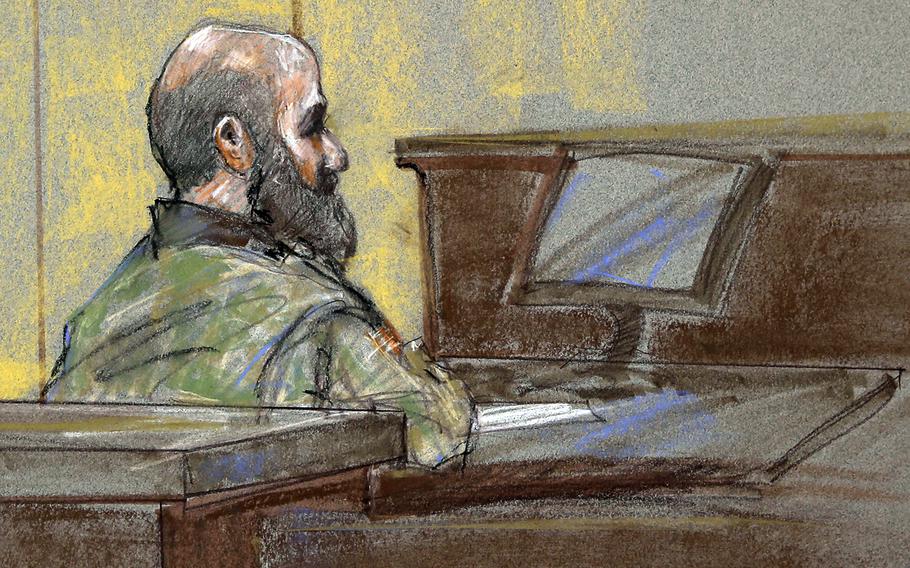 FORT HOOD, Texas — A military jury has sentenced Maj. Nidal Malik Hasan to death for the 2009 mass shooting at a post clinic that killed 13 people and left 31 others wounded.

The panel of 13 military officers deliberated for two and a half hours; Hasan also was sentenced to forfeiture of all pay and dismissal from the service. He still faces a lengthy appeals process before he can be executed by lethal injection.

Hasan did not react to the sentence.

The convening authority, Maj. Gen. Anthony Ierardi, must still approve the sentence, and then the Army Court of Criminal Appeals and the Court of Military Appeals will automatically review the case. The president must also approve the sentence before Hasan is executed.

The last time the military put a servicemember to death was April 13, 1961.

The mothers of Sgt. Amy Krueger, Pfc. Aaron Nemelka and Spc. Jason D. Hunt, and the widows of Michael Cahill and Capt. John Gaffaney sat in the courtroom as the prosecution delivered its closing argument. Cahill wore her wedding band. A few had tears in their eyes after the sentence was read.

Col. Michael Mulligan, the lead prosecutor, talked about each of the 13 murdered victims, as family photos were displayed on small screens for the jurors.

“Although as parents we love all our children, sometimes there’s a stronger bond with one. It’s hard to explain,” Mulligan said, noting the strong bond between Nemelka and his mother.

When the two uniformed officers came to the house at 11 p.m. the night of the shooting, Teena Nemelka “did not need to open the door. She did not want to open the door,” Mulligan said.

Mulligan said in his closing statement that death was a just sentence for Hasan. The 13 soldiers Hasan killed, Mulligan said, “are united in death … 13 soldiers who gave the final measure [of devotion], not in Iraq, not in Afghanistan, but answer the call to duty and processing through a medical readiness center.”

In the midst of the carnage, Mulligan said, “there were also incredible acts of bravery.”

Cahill, Gaffaney and Spc. Frederick Greene all charged Hasan in attempts to stop him, according to witness testimony.

Hasan had planned to use a “defense of others” strategy to defend himself during the trial – to argue he killed the soldiers who were about to deploy to protect Taliban leaders in Afghanistan. He fired his defense counsel when they refused to go along with the plan, and a judge later rejected the defense.

Instead, Hasan stayed silent through most of the trial, called no witnesses and delivered no statements. On Wednesday morning, he struck a lackadaisical stance in a session without the jury, telling judge Col. Tara Osborn that he didn’t care whether she instructed the jury members that they should not draw an inference from the fact that he did not testify.

Seconds later, he told her he would prefer she not give that instruction to the jury.