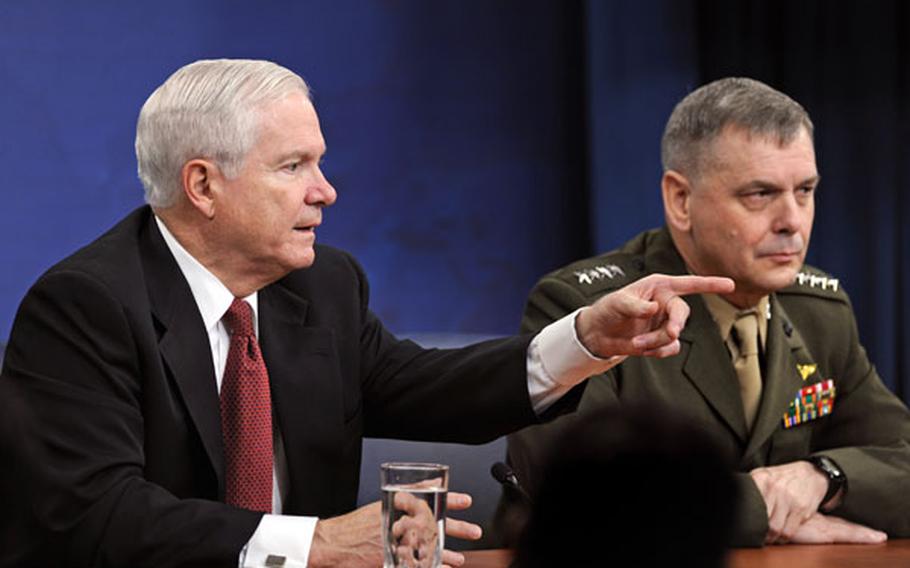 Defense Secretary Robert Gates rejected on Wednesday reports that Marine Gen. James Cartwright was not chosen as the new chairman of the Joint Chiefs of Staff because he disagreed with the White House on sending more troops to Afghanistan.

Gates denied that Cartwright, the current vice chairman of the Joint Chiefs, was not chosen for the post because he helped White House aides develop options for sending fewer troops to Afghanistan than what Gates and other Pentagon officials wanted.

Gates implied that Cartwright's reputation as a loner worked against him.

Cartwright was once considered the favorite to take over as chairman when Adm. Mike Mullen leaves this year, but President Barack Obama nominated Army Gen. Martin E. Dempsey.

Obama is believed to have initially favored Cartwright for the chairmanship and was quoted last year as calling the Marine his "favorite general."

Read the entire story about Dempsey and Cartwright by the Los Angeles Times.