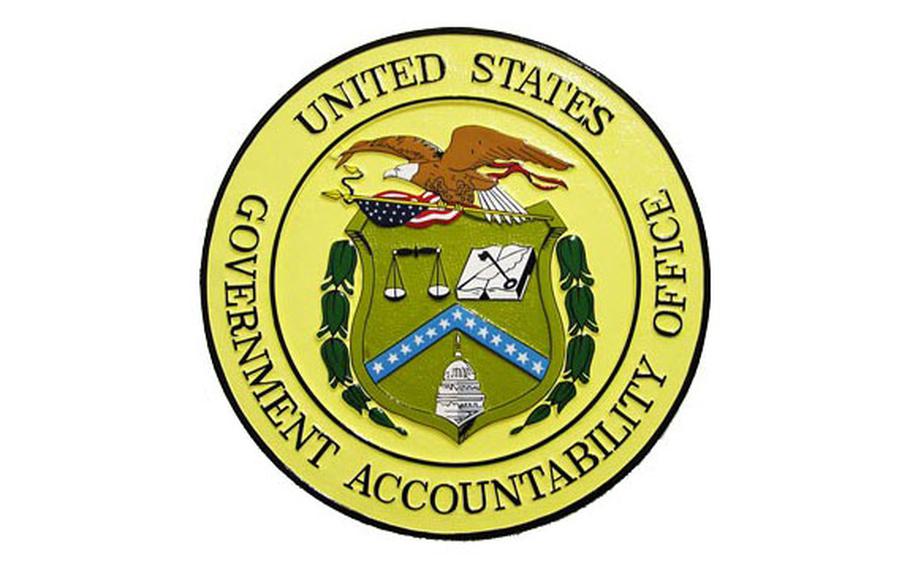 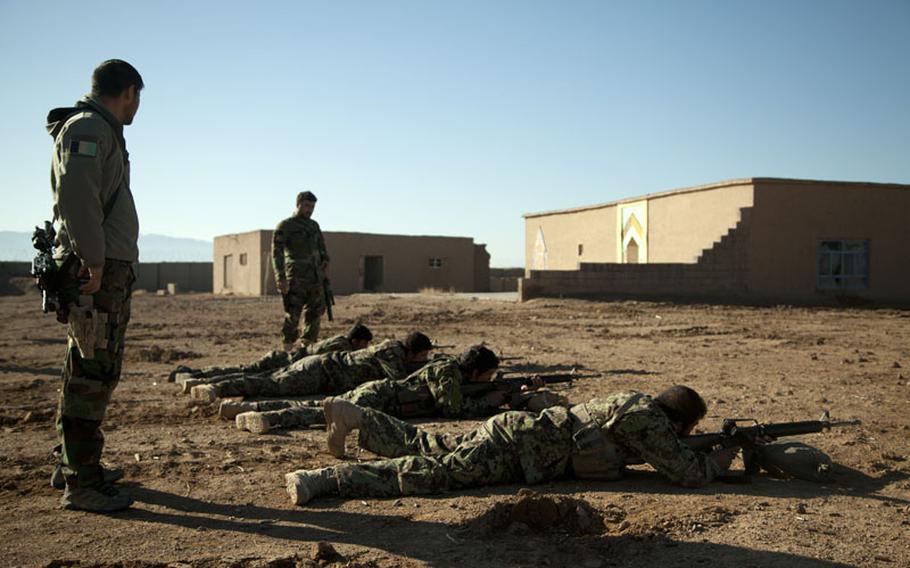 KABUL — Reported improvements in the effectiveness of the Afghan security forces are partly due to coalition forces lowering standards, according to a report by the U.S. government’s main oversight body.

The 54-page report from the Government Accountability Office details a host of problems with the U.S. war effort in Afghanistan, including lack of oversight for U.S. money given to the Afghan government, uncertainty over the Afghan government’s ability to maintain its security forces, and concern over the plan to remove billions of dollars worth of materiel from the country as combat operations wind down.

The ability of the Afghan National Security Forces to defend the country without foreign oversight is a lynchpin of NATO’s plan to pull all international combat troops from Afghanistan by the end of 2014. While the NATO-led International Security Assistance Force has consistently touted improvement in the Afghan forces, the ANSF is still plagued by logistics problems, corruption and high turnover.

The highest rating for ANSF units used to be “independent,” meaning it could operate without coalition assistance. But in August 2011, the top rating was changed to “independent with advisors,” meaning a unit could operate on its own but with coalition assistance available, according to the report. Even with the lowered threshold, only 14 percent of Army units and 13 percent of police units had achieved a top rating by November, according to the report.

The Department of Defense “acknowledged that the changes to the rating levels, as well as the elimination of certain requirements for validating units, were partly responsible for the increase in ANSF units rated at the highest level,” the report says.

ISAF officials did not respond to a request for comment by deadline.

While the ANSF will continue making progress ahead of the 2014 deadline, it won’t be self-sufficient by the time international troops leave, said Ahmad Majidyar, an Afghanistan expert at the American Enterprise Institute.

“The success of ANSF taking a leading role greatly hinges upon the support it receives from coalition partners in terms of intelligences, decision-making, reconnaissance, rout-clearing equipment, medical evacuation and more,” he said. “ANSF’s operational capacity will decline drastically if it doesn’t receive such enabling assistance.

Another chief concern in the GAO report is uncertainty over continued funding for the Afghan government and its ability to sustain both its own security forces and U.S.-funded infrastructure projects. Currently, international assistance accounts for about 90 percent of all Afghan government expenditures, and entrenched corruption within the Afghan government means much of it may be wasted.

“Persistent corruption in Afghanistan undermines security and the people’s belief in the government, as well as effective accountability of U.S. funds provided directly to the Afghan government,” the report says.

Majidyar said the threat from a gap in funding for the Afghan government is “immense,” pointing to the rapid collapse of Afghanistan’s government in 1992 after Soviet funding dried up.

He said as reconstruction teams have started shutting down in the provinces, rural communities are already feeling the pinch of the withdrawal.

U.S.-funded development in Afghanistan has come under harsh scrutiny for waste and lack of sustainability and the report criticizes government agencies for failing to create a combined database for development efforts, potentially leading to redundant projects. It also notes “systemic weaknesses in oversight and monitoring” of development.

As the U.S. winds down its combat mission in Afghanistan, it must move billions of dollars worth of equipment out of a country with a dismal road network and rugged, mountainous terrain. The report says there is no requirement to assess and document the costs and benefits of returning certain equipment, which could lead to unnecessary expenditures.