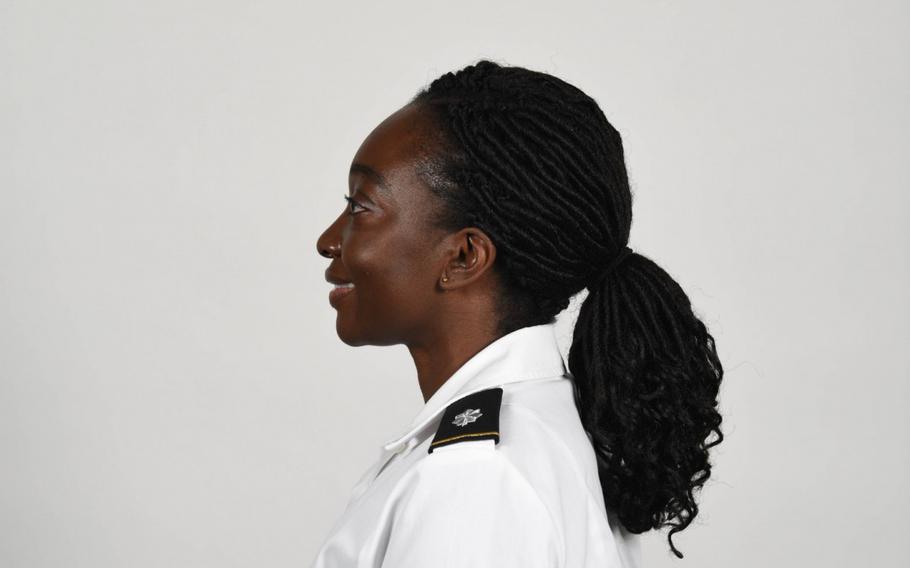 The Army updated its grooming standards to permit female soldiers to wear ponytails and braids on-duty in all uniforms. (U.S. Army)

The Army updated its grooming standards to permit female soldiers to wear ponytails and braids on-duty in all uniforms. (U.S. Army) 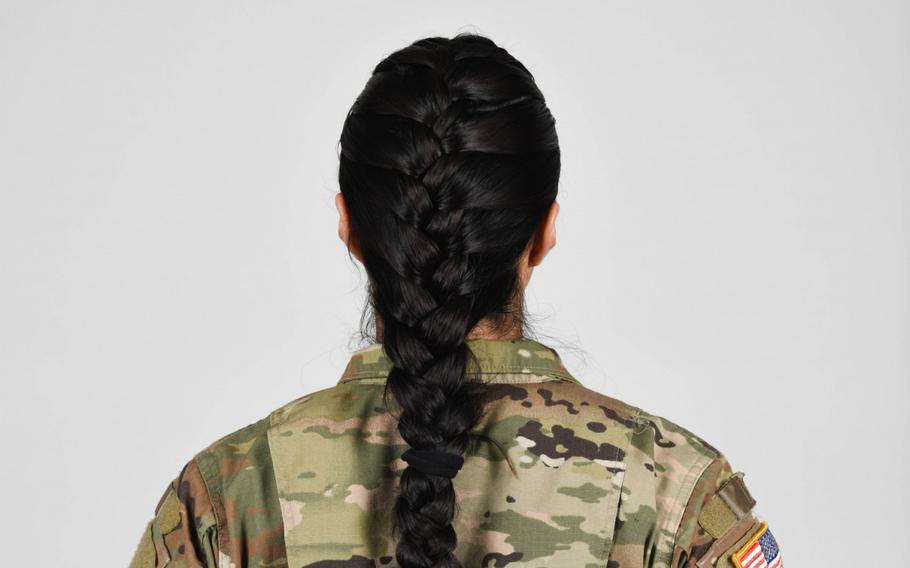 The Army has updated its grooming standards to permit female soldiers to wear ponytails and braids on-duty in all uniforms (U.S. Army)

WASHINGTON — The Army on Thursday updated its grooming standards to permit female soldiers to wear ponytails and braids on-duty in all uniforms after some troops argued a standards reform implemented earlier this year did not go far enough.

The change comes after the Army announced a new policy in January that authorized women could wear long ponytails during physical training, field training and combat operations to make its policies more inclusive.

“Through feedback from the force resulting in a clear, consolidated policy recommendation from a group of soldiers, the Army has reconsidered the wear of ponytails,” Sgt. Maj. of the Army Michael Grinston, the service’s top enlisted leader, wrote in a tweet.

Now, women who spend most of their workday in a garrison, away from the field can also choose to wear their hair in a singular ponytail, two braids, or a singular braid.

“This new modification is more practical for our female soldiers. It allows them flexibility in a tactical environment, while maintaining a professional appearance in garrison,” said Sgt. Maj. Brian Sanders, the Army's top noncommissioned officer for uniform policy.

Another change is ponytails are no longer required to be tucked into a soldier’s uniform at any time, Grinston wrote. The hair will not extend past the bottom of the shoulder blades when standing at the position of attention, he added.

Multiple locs, braids, twists or cornrows can come together in one or two braids or a single ponytail, the Army said in an announcement online. The policy is expected to go into effect later Thursday.

The overhaul to grooming standards that came in January was hailed as a victory for women who said the bun previously required got in the way while wearing a helmet.

Women for years had struggled to keep their helmets in the correct place while wearing a bun, Grinston said in January. The long ponytail option should allow them to properly wear headgear while shooting, he said.

The changes implemented earlier this year also included a variety of other inclusive policies, for men and women, including allowing female soldiers to wear some shades of nail polish and earrings in the Army Combat Uniform. Men are allowed to wear clear nail polish in uniform, and men and women can wear natural color highlights in their hair.

Concerns over hair loss and other health conditions, such as skin diseases of the head and heck, exacerbated by former grooming standards are a part of why Army leaders decided to make the change Thursday.

“This change also helps to alleviate hair loss and damage to the scalp,” Sanders said.

The disease caused hair loss, and she eventually shaved her head. That’s when she noticed the scars on the back of her head, caused from traction folliculitis, a condition that she attributes to the strict hair regulations.

“[Now] having hair again is considerably more challenging to deal with, and … taking the bun requirement away, definitely makes it a lot easier for me to have less pain when maintaining my hair,” Scholl said.

The looser restrictions also can help prevent hairline loss and other health conditions, which can be detrimental to an individual’s self-esteem, she said.

For all women, Scholl said the new regulations are significant because they allow for more self-expression. She viewed the first rollout of the January policies as a positive step forward, but she wanted more flexibility in the garrison.

“It seems minute because it's hair, whatever, but it's finally nice for Black women and Indian women and Hispanic women who have relatively thick hair to finally be heard particularly,” she said.

Army officials in January said certain changes were geared toward Black women, such as approving women to wear “multiple hairstyles at once,” including permitting twists, braids, locs and cornrows.