DOD to use private firm to pay military death benefits 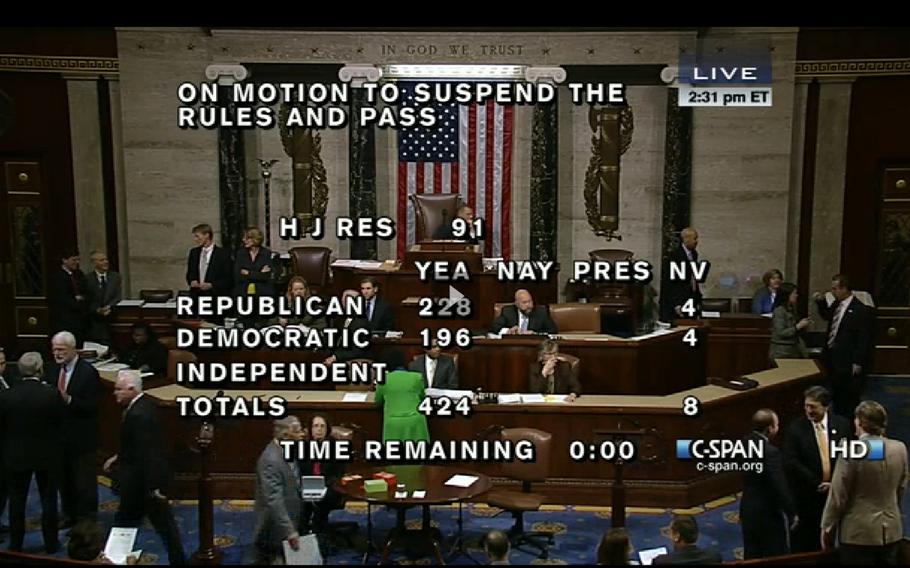 WASHINGTON — The Defense Department will lean on a private charity to deliver survivor benefit payouts to the families of fallen servicemembers while the government shutdown drags on, Pentagon officials announced Wednesday.

In a statement, Defense Secretary Chuck Hagel said the military had entered an agreement with the Fisher House Foundation to provide grieving families “the full set of benefits they have been promised, including a $100,000 death gratuity payment.”

Charity officials will advance the money as quickly as possible after a death, and defense officials will repay the charity after the government shutdown ends or when new legislation fixing the problem is passed.

Hagel said he was “offended, outraged, and embarrassed that the government shutdown had prevented the Department of Defense from fulfilling this most sacred responsibility in a timely manner.”

Since Oct. 1, at least 17 servicemembers have been killed while serving on active duty, including five in Afghanistan.

The department, Congress and White House all came under fire this week after reports that several troops’ widows were left without the survivor benefit — meant to cover immediate costs for the mourners — and without any promise of being reimbursed for travel or burial costs.

House lawmakers unanimously passed new legislation to cover the problem on Wednesday, but also insisted that the extra measure was not needed. They believe the Pay Our Military Act — passed last week to ensure military pay and allowances weren’t disrupted by the government shutdown — covered the death gratuity payouts.

“Without question, that was our clear intent,” Rep. Buck McKeon, R-Calif., chairman of the House Armed Services Committee, said in a statement Tuesday night.

He added that he would push congressional colleagues to pass corrective legislation as quickly as possible, because “we can never let the welfare of our troops and their families become pawns in a political contest.”

Lawmakers asked defense officials about the fate of survivor benefits on several occasions over the last two weeks, but received no clear reply from the department.

Meanwhile, defense and Department of Justice lawyers said the law as written only allows the Pentagon to cover pay and allowances given to troops. Survivor benefits, given to the families, don’t qualify.

“Congress’s piecemeal approach to funding the government has left the Department of Defense in a lurch with layers upon layers of rules for how to operate without appropriation,” a defense official said. “This is an absurd way to govern and we need the government to open to fully provide for our DoD families.”

Pentagon lawyers said that while they could not directly pay grieving families, they did have the legal authority to open new contract with a nonprofit organization.

Officials said the Fisher House Foundation, which along with other charities had already volunteered to cover costs for families, reached out to the Defense Department about an agreement Wednesday. That came just a few hours after White House spokesman Jay Carney promised that the survivor benefits problem would be fixed within a day.

Senate lawmakers are expected to consider the new budget authorities in the House death gratuity bill later this week. No progress has been made on ending the week-old government shutdown.

Republicans have accused the White House of making the impact of the shutdown worse than it needs to be, by unnecessarily shutting down national monuments and shutting down some essential services. They also have criticized the Defense Department for the legal interpretations surrounding the survivor benefits, and who needed to be furloughed.

Hagel fired back Wednesday, saying Congress has failed to fulfill its most basic responsibilities.