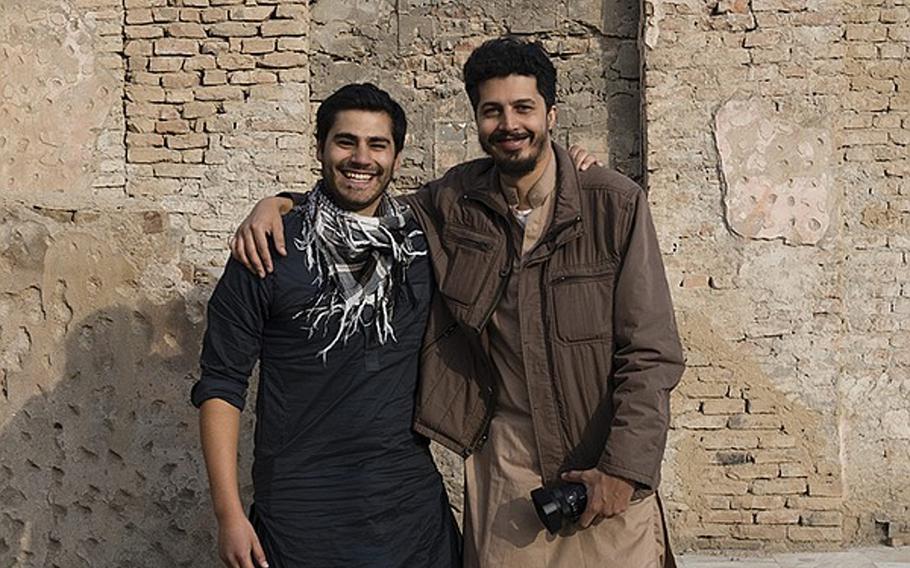 In their documentary "The Interpreters," co-directors Andres Caballero, left, and Sofian Khan, shown here in an undated photo,tell the stories of three interpreters who worked with U.S. troops in Iraq and Afghanistan, and then struggled to get the visas they thought they'd been promised that would allow them to move to safety in the U.S. (Public Broadcasting Service)

In their documentary "The Interpreters," co-directors Andres Caballero, left, and Sofian Khan, shown here in an undated photo,tell the stories of three interpreters who worked with U.S. troops in Iraq and Afghanistan, and then struggled to get the visas they thought they'd been promised that would allow them to move to safety in the U.S. (Public Broadcasting Service) 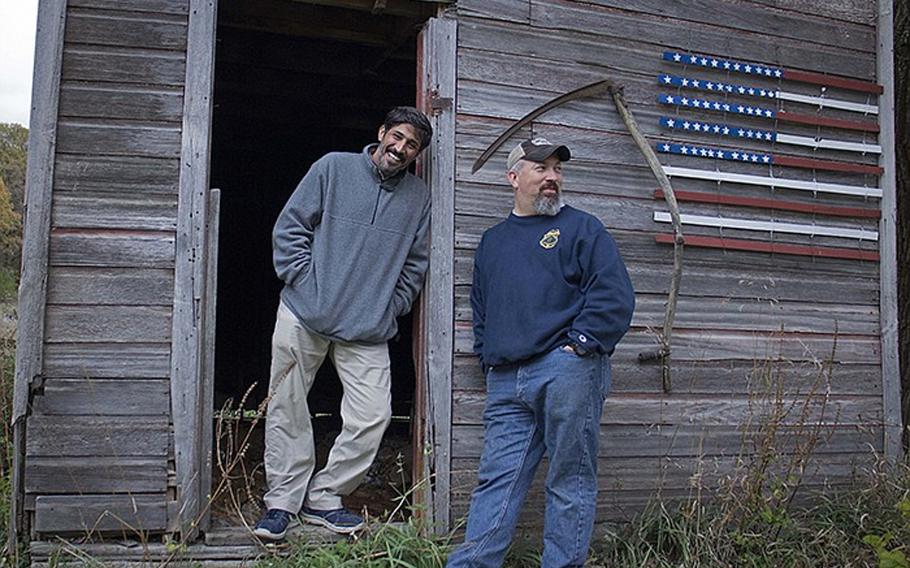 An interpreter from Iraq, nicknamed Phillip Morris, left, came to America through the special immigrant visa with help from a soldier, Paul Braun, right, who he worked with in Iraq. (Public Broadcasting Service)

American troops who fought in Iraq and Afghanistan relied on interpreters to understand the threats around them and help them to communicate with locals.

When the troops came home, the interpreters stayed behind, trying to survive in countries where their work with the Americans meant they and their families lived in constant fear and danger to their lives.

In the documentary “The Interpreters,” filmmakers Andres Caballero and Sofian Khan trace the sometimes tragic and always difficult journeys of three translators as they tried to move themselves and their families to the safety they thought they’d been promised in the U.S.

The film follows the struggles of the three men — one from Iraq and two from Afghanistan — who applied to come to the U.S. under the Special Immigrant Visa program for translators or interpreters who worked alongside American troops. Hundreds applied each year for an SIV after the program was started in 2008, but only a fraction were given the chance to move to America and safety.

“We want people to remember that these wars are not over yet, not for these interpreters who put their lives on the line, thinking we were going to change their country,” Caballero said in a recent phone call.

One of the translators profiled in the film, which premiered on PBS on Monday, is living in hiding in Afghanistan. Another escaped via boat to Europe, but lost most of his family on the way.

The third, whose relationship with the American soldier he worked with forms the core of the documentary, made it to the U.S. but then braved brutal militias and Islamic State fighters when he returned to Iraq to rescue his family and bring them to safety.

That translator, nicknamed Phillip Morris because of his chain-smoking habit, met Paul Braun, a military policeman with a gray mohawk, in Basra, Iraq, in 2009.

Braun was wary of Morris at first, but over time the two came to consider each other as a “brother from a different mother,” Morris says in the film.

When Braun and his unit left Iraq in 2010, the American promised to get Morris and his family to safety.

Morris finally made it to the U.S. on Dec. 15, 2013, as ISIS was gaining ground in Iraq and Syria. But he came without his family.

The film shows the interpreter’s struggles with life in his new home — he lived in Braun’s house in Minnesota for three years — and how he longed for and worried about the family he left behind in Iraq.

Some of the most harrowing parts of the film are about the dangers Morris faced, including ISIS fighters and death threats, when he traveled back to Iraq to get his family and bring them to safety.

Another of the three interpreters hired a smuggler in Turkey to bring him and his family across the Mediterranean Sea to Greece. It was only after his wife and two of his children died when the boat sank that the interpreter learned that his application for a U.S. visa had been approved.

The third interpreter was in hiding in Afghanistan when the documentary was made.

The delays or outright failure to bring interpreters to safety in the U.S. are a betrayal of people who risked everything to help American troops and were promised a safe haven in return, the filmmakers said.

“We had a mission, we asked for help, we promised something in return. Then, we broke the promise,” co-director Khan said by phone.

Fewer applicants are getting visas through the SIV program under the Trump administration, and anti-refugee rhetoric in the United States is growing, the documentary says.

While Braun said the film has become too politically biased, he encouraged people to see it.

“It’s not a left-aisle, right-aisle issue,” he said. “This is an American issue that we need to stand up for.”

The documentary “The Interpreters” can be streamed through Dec. 10 on the PBS Video App and on pbs.org/interpretersfilm. Note: Stars and Stripes reporter J.P. Lawrence deployed with Paul Braun to Iraq in 2009.