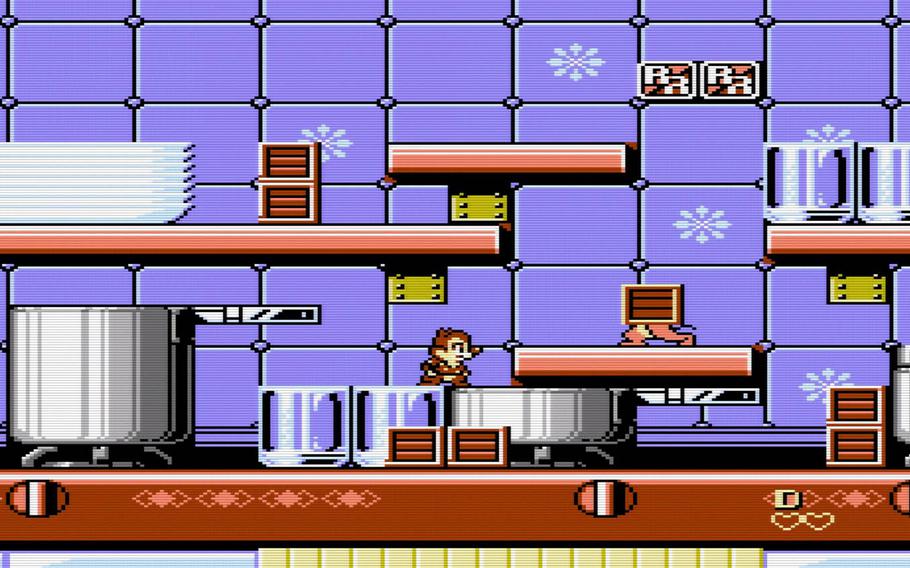 "Chip & Dale's Rescue Rangers" are fine platformers and are included in the "Disney Afternoon Collection." (Capcom) 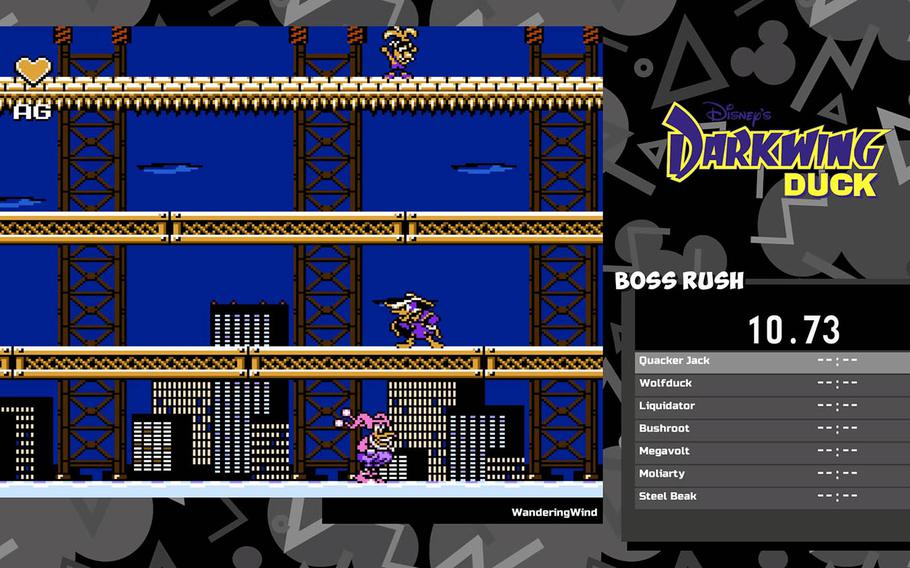 "Darkwing Duck" and its excellent platform sequences is one of the six game options included in "The Disney Afternoon Collection." (Capcom)

The original Nintendo Entertainment System is remembered as perhaps the greatest console to ever grace video gaming. However, its library is chock full of games that weren’t very good in the first place and certainly haven’t aged well.

For every timeless classic like “Contra” or “Super Mario Bros. 3,” there are a half-dozen games better left in the past. Nobody in 2017 needs to relive the horrors of “Kick Master” or “Rollerblade Racer,” for instance.

Some of the games that best encapsulate that dichotomy have been gathered in the recently released “Disney Afternoon Collection.” Available now on PlayStation 4, Xbox One and PC, this compilation contains certified classics like “DuckTales,” “DuckTales 2” and “Darkwing Duck,” as well as both of the passable, but ultimately forgettable, “Chip & Dale’s Rescue Rangers” games and the actually terrible “TaleSpin.”

If you’re under the age of 30, this collection’s appeal might be lost on you. After all, the days of the Disney afternoon cartoons that spawned these games was so long ago they predate, well, most of the modern world as we know it.

That doesn’t mean there isn’t appeal beyond the obvious nostalgia hook. Both of the “DuckTales” games remain master classes in nonlinear platform game design. Decades after I last played the series, I was still able to jump in and enjoy my time pogo-sticking around. The same goes for speed-running through “Darkwing Duck’s” excellent action-platforming sequences.

“Chip & Dale’s” wasn’t my favorite in the collection, but they’re fine platformers.

The final total in this package is three excellent games, two pretty decent games and one not worth your time. Not bad for a collection of old titles.

It’s important to note that this collection will set you back only 20 bucks. I find that to be a fairly reasonable price tag for a collection of two-decades-old games. This isn’t a quick cash grab on developer Digital Eclipse or publisher Capcom’s part.

That much is apparent both in the price tag and the amount of polish the entire package received. Some compilations of older titles have been less than lovingly handled. I didn’t get that sense from this package. The small touches show how much care was put into this collection.

The major addition that makes this collection stand out is the handy rewind feature. Available with a press of the left trigger, this feature allows you to undo the last minute or so of time. I ended up using this feature more than my ego cares to admit. Considering how touchy some of these old platforming bits were, it’s a great inclusion.

Each game’s theme song is used in the game selection menu, there are different filters to apply that emulate old-school monitors and TVs and the addition of a highly addictive boss rush mode has been added to each game.

That last one alone — while proof positive that video games used to be way, way harder than they are now — is addictive, and made even “TaleSpin” somewhat palpable. You can compare your time (should you manage to actually beat some of these insanely difficult bosses) against others online, or just try to better your time. Personally, I used this mode as a way to sharpen my long-dormant twitch reflexes.

At first, I felt like the audience for the “Disney Afternoon Collection” would be a niche one. After playing it, I think the potential of this compilation to appeal to gamers is larger.

It definitely plays on the nostalgia of mid-30s gamers, what with the MIDI-sounding theme music, radical ’90s color scheme and title selection. But it’s also a nice retrospective on how far gaming has come, while (in the case of “Ducktales”) showing that even decades old, some games can feel refreshing in 2017.