Details so far in Petraeus sex scandal not legally damaging, but could trigger punishment 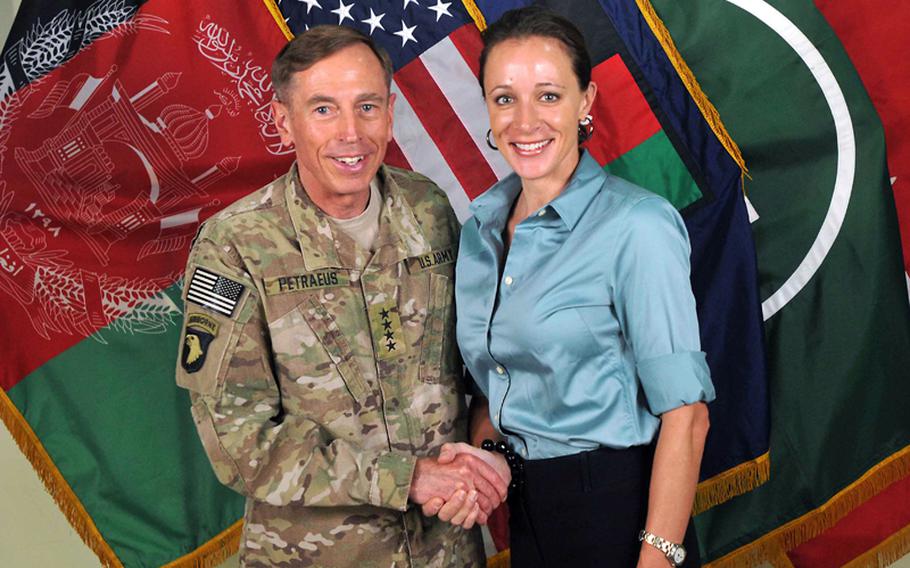 The CIA said Thursday it was investigating whether its former director, retired Gen. David Petraeus, misused agency resources to carry on an admitted affair. And the Pentagon Inspector General is combing through voluminous email conversations that the top U.S. general in Afghanistan, Gen. John Allen, engaged in with a married Tampa socialite for evidence of impropriety.

Unless connected to more weighty crimes like intelligence leaks or misuse of government assets, none of their reported actions so far would typically trigger a court-martial, they said.

Administrative punishment is another matter, however. Careers of rank-and-file officers regularly end over marital infidelity, which is viewed as something worse than a personal failing in the military, experts said.

&ldquo;Adultery hurts good order and discipline and morale in units, which is why it&rsquo;s illegal,&rdquo; said Greg Rinckey, a former Army prosecutor who focuses on military law in private practice. &ldquo;Imagine a soldier fighting in Afghanistan who gets a phone call, learns someone in another unit back home is [having an affair with] his wife &ndash; what does that do to him as an effective soldier?&rdquo;

But Petraeus says he was out of the military by the time he had the affair with his biographer, and Allen has told his bosses at the Defense Department that he never had an affair. Pentagon investigators are combing through emails and documents from a two-year exchange that Allen carried on with Tampa socialite Jill Kelley.

&ldquo;It&rsquo;s likely someone&rsquo;s going through each of the emails with a highlighter looking for any indication of misconduct,&rdquo; Rinckey said.

Even if cleared of adultery suspicions, the whispers could prevent Allen from moving to another top job, or even prompt some form of punishment, said Elizabeth Hillman, president of the National Institute of Military Justice and a law professor at the University of California Hastings College of Law.

At Allen&rsquo;s level, an appearance of impropriety could bring allegations of discrediting the military or of damaging good order and discipline, she said.

&ldquo;Virtually anything can constitute a potential military crime, and even more likely, constitute an administrative action,&rdquo; she said.

Petraeus, the respected former U.S. top general in Iraq and Afghanistan, resigned last week as CIA director after an affair came to light that he said took place with his biographer, Army reservist Paula Broadwell, after he left the Army in 2011.

As a retired officer receiving a pension, Petraeus is subject to the Uniform Code of Military Justice, and he could technically be recalled for prosecution even for violations that took place when he was a civilian, experts said.

There have been a tiny number of such cases involving sexual matters, including Maj. Gen. David Hale&rsquo;s demotion and $10,000 fine in 1999 for having affairs with the wives of several subordinates. In 1957, retired Rear Adm. Selden Hooper was convicted of sodomy and other charges and stripped of veterans benefits and pay &ndash; a case that Hillman said haunted gay military retirees for decades.

But there&rsquo;s little chance such will happen to Petraeus, Hillman said.

&ldquo;What would anyone gain by prosecuting him just because it possibly could be done?&rdquo; she said. &ldquo;He&rsquo;s a four-star general, and at that level, I think it would take a decision by the president to actually do it.&rdquo;