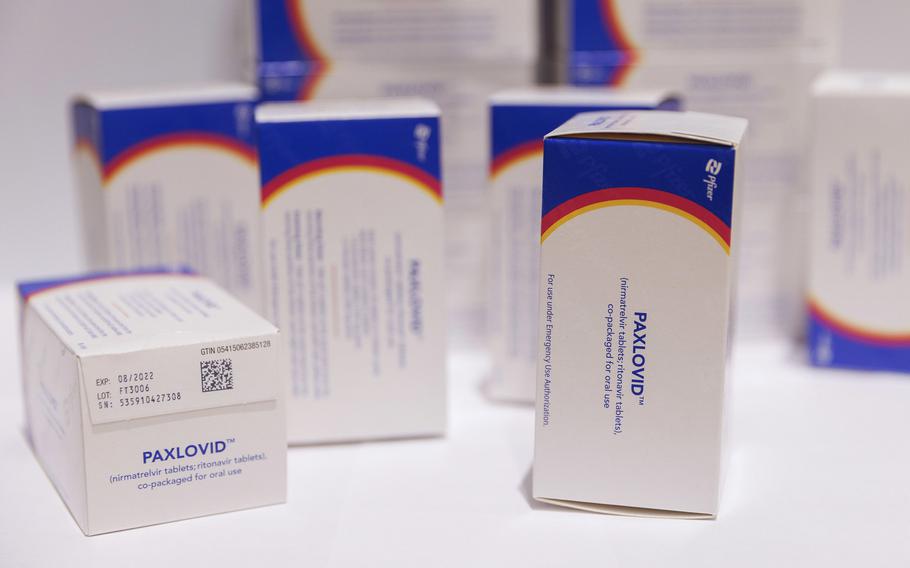 In the evolutionary chess match between the coronavirus and humans, scientists' next move can't come soon enough for the millions of Americans relying on treatments known as monoclonal antibodies. These lab-made therapies are rapidly losing their healing power, forcing researchers around the world to devise new antibodies that are both more potent and more resistant to new variants.

Some monoclonal antibodies have been rendered largely ineffective as the virus has mutated; others are expected to become so this winter if a wave of new omicron subvariants comes to dominate the pandemic landscape. For instance, the U.S. Food and Drug Administration recently warned that the widely used therapies Bebtelovimab and Evusheld may no longer work against some versions of the coronavirus.

The development is especially worrisome for people with weakened immune systems; vaccines are less effective in these patients, and many have instead turned to antibody therapy for protection. As these treatments wane, millions of people are at an increased risk of getting COVID-19.

"I would say it's a big problem," said Michael Barnett, associate professor of health policy and management at Harvard University's T.H. Chan School of Public Health.

People with weakened immune systems represent about 3 percent of all Americans and 12 percent of U.S. patients hospitalized with COVID-19. Moreover, one of the most effective alternative treatments remaining, Paxlovid, has interactions with other drugs that would make it too risky for use by people with compromised immune systems, especially organ transplant patients.

Driven by this urgent need, scientists are exploring new ways to tackle the problem — including antibodies that seek out fresh targets among the vulnerable parts of the virus.

"I would hope that some of these will be in clinical trials soon, and then it won't take long" to determine whether they work, said William Haseltine, a former Harvard Medical School professor who founded the university's cancer and HIV/AIDS research departments.

"Either it protects you from infection, or it doesn't."

One new antibody cocktail developed by the Sherbrooke, Quebec, biotechnology company Immune Biosolutions is in clinical trials in South Africa and Brazil. Participants receive the treatment as a mist sprayed into their mouths for about three minutes while they breathe normally.

For its Phase 2 tests, the company is conducting two distinct trials to see whether the cocktail has the desired effects: one with patients who have mild to moderate COVID-19, the other with patients hospitalized with severe COVID-19.

Two of the three antibodies in the cocktail, known as IBO123, take aim at a familiar region of the spike protein where the virus attaches to a human cell. This region is an obvious place to block the virus, but scientists have discovered a drawback. The target changes frequently, allowing the virus to slip away from the roadblocks researchers put in its way.

"There is a huge immune pressure on the virus," explained Andrés Finzi, an associate professor at the University of Montréal whose lab helped developed the antibody cocktail. So far, evolution has favored mutations that allow the spike protein to shake off antibodies that try to prevent it from grabbing onto our cells. These mutations have fueled the rise of the variants and subvariants that are defeating the current lab-made antibodies.

That's why the third antibody in Immune Biosolutions' cocktail attacks the opposite end of the protein, called the stem helix. This region is what allows viral and human cell membranes to fuse together during the infection process. The new antibody acts like a set of hands strangling the stem helix.

This section of the spike protein is in scientists' crosshairs because it has stubbornly remained the same even as the virus has churned out new variants and subvariants. When a section of a protein resists change, it is a sign that it is important, even essential, in order for the protein to work.

If an antibody disrupts this rigid part of the virus, the pathogen is less likely to mutate its way around the attack.

So far, the third antibody has been effective in tests against all of the coronavirus variants and subvariants except for XBB, on which it has yet to be tested, Finzi said. Maranda said he expects to see results from the first Phase 2 trial by the end of the year. Organizers of the second trial are still recruiting patients with severe COVID-19. A third trial testing the cocktail's ability to prevent infection is scheduled to start in a few weeks.

Two other antibodies that zero in on stable portions of the spike protein were discovered in a lab at the Pasteur Institute in Paris and developed by the French biotechnology company Spiklmm. They have now entered Phase 1 clinical trials.

Hugo Mouquet, head of the Humoral Immunology Lab at the Pasteur Institute, said by email that the two new antibodies have been effective in a lab dish against all of the common coronavirus variants, though they have yet to be tested against the new omicron subvariants BQ.1, BQ.1.1 and XBB.

If approved for use, these antibodies would be given to people with weakened immune systems before they have been exposed to the coronavirus. Like the antibody cocktail Evusheld, they would be used to prevent infection. By contrast, Bebtelovimab is given to patients after infection but within seven days or less of displaying symptoms of COVID-19.

In addition, a July paper in the journal Science described a pair of new antibodies that target another stable section of the coronavirus' spike protein, the fusion peptide. This part of the spike "acts like a grappling hook and inserts into the human cell membrane, pulling the membrane closer to the virus membrane," said Joshua Tan, chief of the Antibody Biology Unit at the National Institute of Allergy and Infectious Diseases.

Although lab-made antibodies that hit the fusion peptide and the stem helix are less potent, Tan said, they are effective against a broader array of coronaviruses. In the lab, Syrian hamsters treated with one of his team's antibodies and then infected with the coronavirus suffered less severe disease and recovered more quickly than infected hamsters that received no treatment.

In a paper published more recently in the journal Cell Host & Microbe, Tan and his colleagues identified two more monoclonal antibodies that both attack the spike protein's stem helix. In tests on infected hamsters, these antibodies helped the animals maintain weight. Infected hamsters that were not given either of the antibodies lost about 10 percent of their body weight within six days. The study interpreted weight loss as a measure of disease because sick hamsters tend to eat less.

Tan could not say when the monoclonal antibodies examined in these studies might proceed to clinical trials.

Bing Chen, a professor of pediatrics at Harvard University who has been investigating the atomic structure of the spike protein, said that so far antibodies directed against the virus's binding site have remained more potent than those aimed at other sections of the protein. He also stressed that developing better monoclonal antibodies should not take priority over other medical tools.

"You need much more effective vaccines, for sure," Chen said. While the vaccines were highly effective early on, viral mutations have allowed more so-called breakthrough infections in people who are fully vaccinated.

And despite their early successes with their next-gen cocktail, Immune Biosolutions' Finzi added a note of caution:

"We shouldn't underestimate the capacity of a coronavirus to mutate."