COVID-19 may have killed people who never tested positive for the virus, report finds 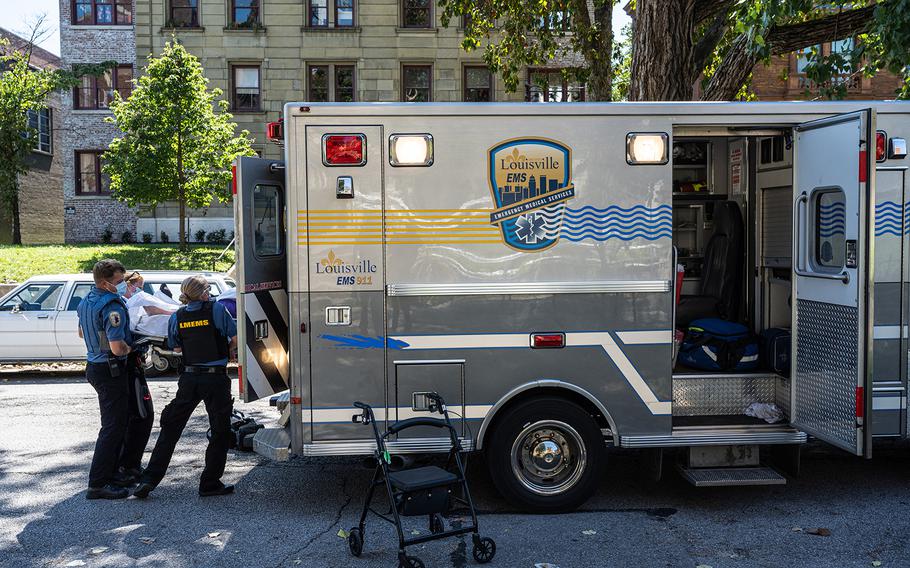 Louisville Metro EMS paramedics transport a woman on a gurney suspected of suffering a severe COVID-19 emergency into an ambulance on Sept. 6, 2021, in Louisville, Kentucky. (Jon Cherry, Getty Images/TNS)

PHILADELPHIA (Tribune News Service) — A new report adds to evidence that COVID-19 not only killed directly through infection last year but indirectly through fear that prevented what might have been lifesaving treatment.

The analysis from the New Jersey Hospital Association and its Center for Health Analytics, Research and Transformation (CHART) found that COVID-19 was listed as the primary cause of death for nearly 16,500 New Jersey residents in 2020. But deaths from other causes were also considerably higher than usual the year the virus emerged in the U.S., a possible sign that thousands more died either because they did know know they were infected or were afraid they’d catch the virus if they went to the hospital.

The report was released Thursday as a wave of cases caused by the delta variant threatens to overwhelm hospitals in many parts of the country and as the nation braces for a surge caused by the fast-spreading omicron variant.

“It’s impossible to know whether these excess deaths could have been prevented with timely access to hospital care,” said Sean Hopkins, senior vice president of CHART, in a written release. “But the trends are troubling, and they reinforce a critical message during a public health emergency: Please don’t delay seeking the care you need.”

The number of people who died at home last year was 28,326, up 28% from the average of 21,890 per year in the previous three years. The report examined deaths from diseases that often lead to home deaths. It found increases of 24% for heart disease, 39% for stroke, 66% for diabetes and 48% for essential hypertension and hypertensive renal disease.

Some of those deaths, the report said, “may have resulted from COVID-19 infections that went undiagnosed due to lack of testing.” However, it was also widely reported at the time that some people were afraid to go to hospitals because of the virus.

The report also examined hospitalizations during the first wave and found fewer patients received care for some serious, life-threatening conditions. From April through June 2020 compared to the average of the previous three years, hospitalizations fell by 37% for heart attacks, 25% for strokes and other cerebrovascular diseases, 17% for heart failure, and 16% for kidney diseases. With the exception of stroke, which rebounded almost completely, admissions for the other conditions rose later in the year but remained below historic levels.

The report points out that many hospitals were strained during the first viral onslaught, and that consumer “hesitance” was “understandable.” However, it said, the lower volumes raise concerns about “missed opportunities” for treatment.