Boosters for all adults in US closer with panel meeting set 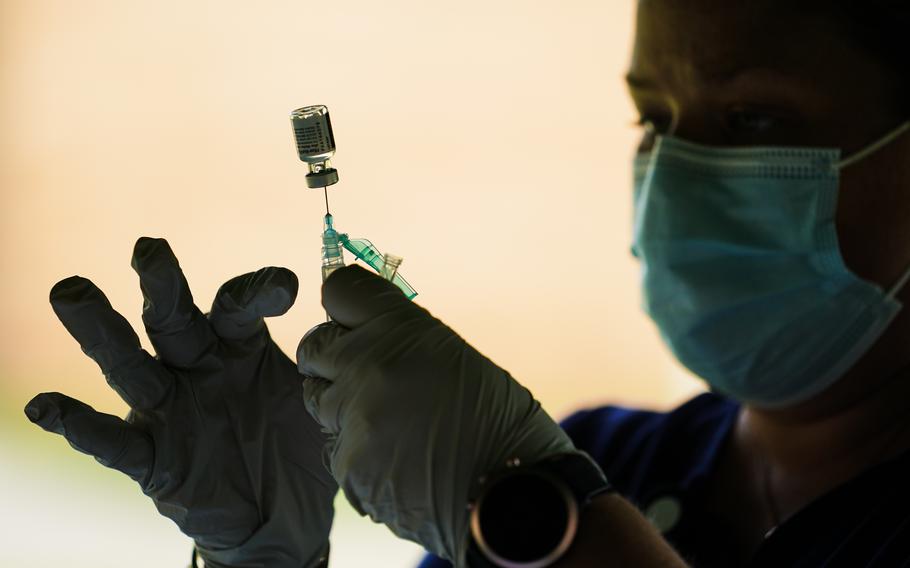 A syringe is prepared with the Pfizer COVID-19 vaccine at a clinic at the Reading Area Community College in Reading, Pa., on Sept. 14, 2021. (Matt Rourke/AP)

NEW YORK — An influential U.S. advisory panel will discuss expanding eligibility for COVID-19 vaccine booster shots to all adults Friday, a move that could make the shots available nationwide as early as this weekend.

Some cities and states already allow all adults to get boosters of Pfizer’s vaccine, but it is not yet official U.S. policy. In the last week, California, New Mexico, Arkansas, West Virginia and Colorado expanded the shots to all adults. New York City made a similar move.

Pfizer asked U.S. regulators last week to allow boosters of its COVID-19 vaccine for anyone 18 or older. The Food and Drug Administration is expected to sign off on Pfizer’s application before the advisory panel meets Friday. The final step — CDC’s official recommendation — could come soon after the meeting.

The move would greatly expand who is eligible. Boosters are now recommended for people who initially received their second Pfizer or Moderna shots at least six months ago if they’re 65 or older or are at high risk of COVID-19 because of health problems or their job or living conditions. Boosters are also recommended for people who received the single-dose Johnson & Johnson vaccine at least two months ago.

Nearly 31 million Americans have already received a dose beyond their original vaccination, including those with weakened immune systems, such as cancer patients and organ transplant recipients who need an extra dose to be fully vaccinated.

While all three vaccines used in the U.S. continue to offer strong protection against severe COVID-19 illness and death, the shots’ effectiveness against milder infection can wane over time.

Pfizer has submitted early results of a booster study in 10,000 people to make its case that it’s time to further expand the booster campaign. The study found that a booster could restore protection against symptomatic infection to about 95%, even as the extra-contagious delta variant was surging. Side effects were similar to those seen with the company’s first two shots.

Members of the panel, the Advisory Committee on Immunization Practices, have debated in prior meetings whether there is sufficient evidence that boosters are currently needed for all adults.