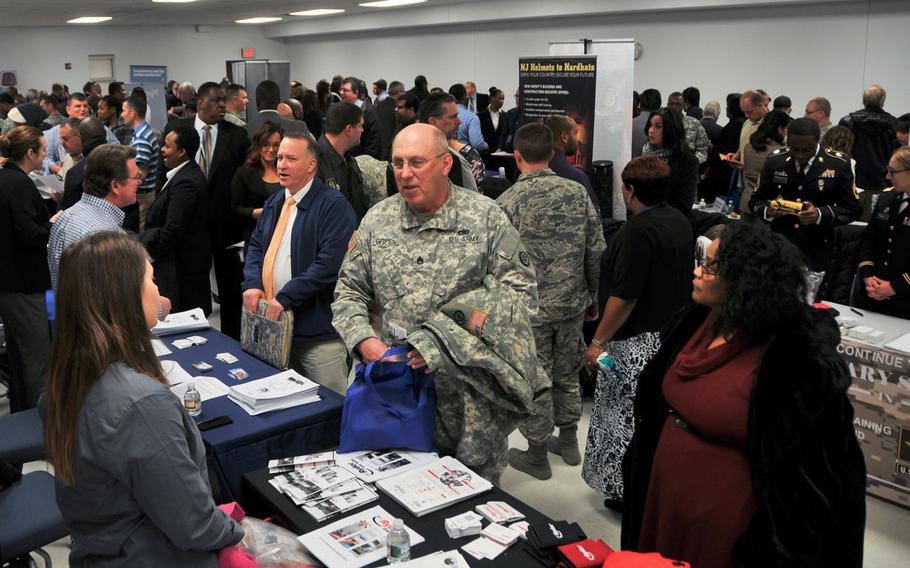 WASHINGTON — Navy corpsmen who saved lives under fire but struggle to find work as paramedics; soldiers who navigated bomb-ridden roads in Baghdad but can’t drive trucks in the U.S. Troops coming back from the wars in Iraq and Afghanistan are facing the same problem that skilled veterans have grappled with for decades: What they learn in the military often isn’t recognized in the civilian world.

A two-day American Legion conference that kicked off Tuesday is bringing together leaders from business, government and the military to find ways to smooth the transition from the military to the civilian workforce. As the military downsizes and a wave of post-9/11 veterans enter the workforce, there’s been a renewed focus on helping veterans find jobs and recognizing skills learned in the armed services.

One problem some veterans face is that specific training they receive in the military does not translate to certificates needed to work the same jobs in the civilian world. Many must take jobs below their skill set or spend money and time on duplicative training. Combat medics are a prime example, with many struggling to get basic health care jobs when they leave the service, despite being highly trained.

Addressing the conference, Department of Labor Secretary Tom Perez said the government has overhauled the Department of Defense’s job readiness program for troops leaving the military in the past two years, but said “unnecessary licensing barriers” still exist.

“We need to do a better job of recognizing the core competencies that our servicemembers bring to the table,” he said.

In addition to the national responsibility to take care of veterans, speakers at the conference said absorbing servicemembers into the workforce is simply good business.

“There’s a demand for skilled workers and we’ve got the supply coming out of the military,” said Lisa Lutz, president of the policy and research analysis group Solutions for Information Design. “We can’t afford to ignore that.”

In the past, the military was hesitant to help troops gain skills and certifications that translated to civilian work for fear of losing them. But that has changed greatly, said Steve Gonzalez, the American Legion’s assistant director for veterans employment and education.

Gonzalez also pointed to the post-WWII GI bill opening up college to more Americans, saying that such job and education programs can have effects well beyond veterans.

“What we are creating with veterans, servicemembers and their spouses might also … be applied to all of society,” he said.